England scored twice in the last 12 minutes to register a dramatic victory over Croatia. 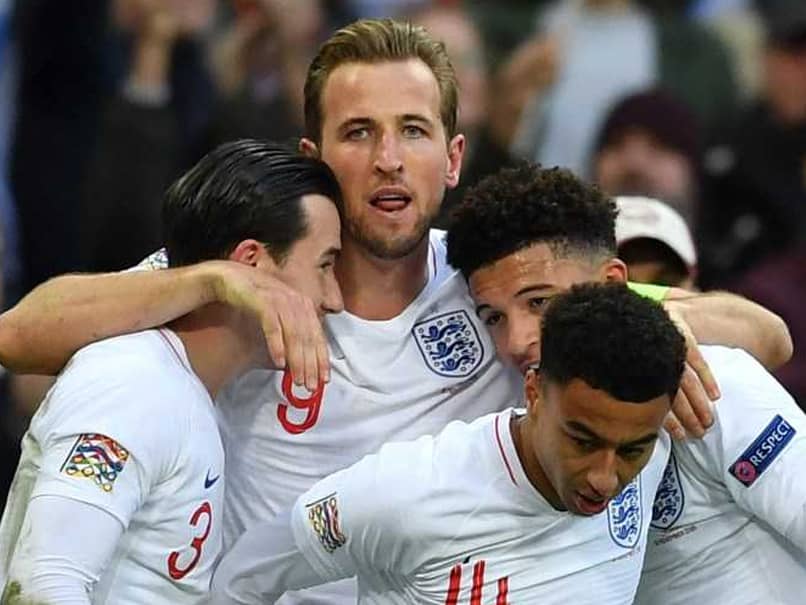 Harry Kane fired England into the Nations League semi-finals as Gareth Southgate's side scored twice in the last 12 minutes to seal a dramatic 2-1 victory over Croatia on Sunday. England were on the brink of relegation to the second tier of the competition after Andrej Kramaric gave Croatia the lead against the run of play in the second half at Wembley. But Southgate's vibrant young side pulled off a stirring escape act in the closing stages to gain a measure of revenge for their World Cup semi-final defeat against Croatia earlier this year.

Jesse Lingard came off the bench to poach England's equaliser and captain Kane was on hand to turn in the winner with five minutes left.

England's fightback took them to the top of Group A4, above Spain and relegated Croatia, and they can look forward to playing in the last four in June next year.

It was a cathartic moment for England, who have made a habit of suffering painful defeats against Croatia, with this year's World Cup woe following the 2007 loss that cost them a place at Euro 2008.

More importantly, the performance provided further tangible proof that Southgate is building a team capable of challenging for the major prizes after years of under-achievement.

England's appearance in the semi-finals of the Nations League, which are set to be held in Portugal next June, offers another chance to reach their first major final since 1966.

Following the 3-2 Nations League win over Spain in Seville last month, this tournament has been a serious statement of intent from Southgate's team and they will go into 2019 with great expectations.

From start to finish, England were the dominant force, although they were fortunate to escape when Ante Rebic shot over after Jordan Pickford fumbled Fabian Delph's backpass.

Kane slipped a perfectly-weighted pass through to Raheem Sterling and the Manchester City winger's blistering pace sent him clear of the Croatia defence.

With only Lovre Kalinic to beat, Sterling let Croatia off the hook as he directed a hesitant shot straight at the keeper.

England kept probing intelligently, with the speed of Sterling and Marcus Rashford providing their main threat.

Delph's pass sparked a frantic sequence, forcing Kalinic to dash out of his area to head away from Sterling.

When Kalinic's clearance fell to Kane, the England captain's effort was headed off the line by Tin Jedvaj.

The rebound fell to Kane, but Kalinic, by now back in his goal, used his legs to foil the Tottenham striker with a last-ditch save.

It was more of the same at the start of the second half, but once again England couldn't find the killer touch.

That profligacy looked as though it would prove fatal when Croatia snatched the lead after 56 minutes.

Kramaric was allowed time and space to turn in the area and the Hoffenheim forward took full advantage, clipping a shot that deflected off Eric Dier and looped over Pickford's despairing dive.

Southgate responded by sending on Lingard and the change reaped an instant reward as England equalised in the 78th minute.

Joe Gomez's long throw was flicked on by John Stones and Kane prodded past Kalinic, leaving Lingard with the simple task of tapping in from virtually on the goal-line.

Ben Chilwell curled over a teasing low free-kick and Kane timed his run to perfection, guiding his shot past Kalinic from close-range.

Kane's first goal in eight games for England sparked a wild celebration from Southgate, who leapt into the air as he punched the air on the touchline.

Kane had joked with his fiancee this week that he would cry if England ever win a trophy, but he couldn't guarantee he would weep when they get married.

Thanks to their thrilling comeback, England could bring a tear to Kane's eyes in the Finals next year.

Croatia Harry Kane Jesse Lingard Football
Get the latest updates on IPL 2020, check out the IPL Schedule for 2020 and Indian Premier League (IPL) Cricket live score . Like us on Facebook or follow us on Twitter for more sports updates. You can also download the NDTV Cricket app for Android or iOS.