Dani Alves, who is captain of Brazil, had been with PSG, the French champions, for two seasons and was at the end of his contract. 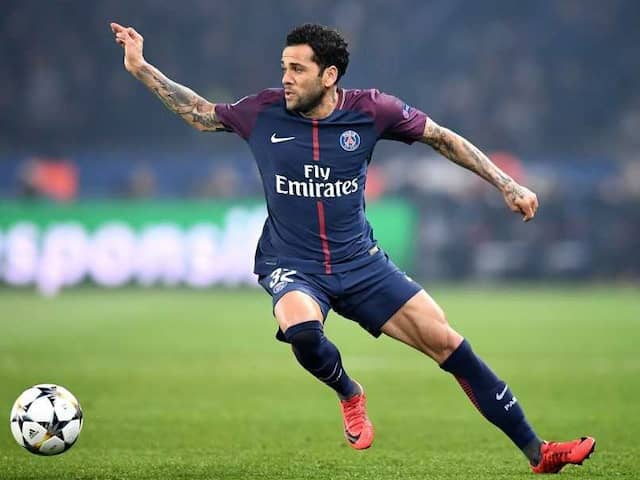 Just hours after scoring in Brazil's 5-0 win over Peru at the Copa America, Dani Alves announced he was leaving Paris Saint-Germain. The 36-year-old right back, who is captain of Brazil, had been with the French champions for two seasons and was at the end of his contract. "Everything has a start, middle and end, and the time has come to put a full stop here," Dani Alves said on Instagram. Dani Alves did not reveal where he might go, and leaves PSG as compatriot Leonardo returns as the new sporting director.

His departure also comes at a time when rumours are circulating about the future of Neymar, the world's most expensive footballer who has had an injury-hit season laced with controversy.

Alves signed for PSG at the same time as Neymar, in the summer of 2017.

Alves' two seasons with PSG saw him part of a team that won back-to-back Ligue 1 titles as well as League Cup and French Cup trophies in his first year.

Further success on the European stage eluded him at PSG, however, with the Parisians crashing out of the Champions League at the round-of-16 stage in his two seasons.

"Today I close another cycle in my life, a cycle of victory, learning and experiences," maintained Alves.

"I would like to thank the PSG family for the opportunity to build together a page in the history of this club."

Alves added: "It was two years of resilience and continuous reinvention to fulfil my mission... I apologise if at any point I was not up to it on the pitch, I apologise if at some point I made a mistake, I just tried to give my best."

Brazil Dani Alves Football
Get the latest Cricket news, check out the India cricket schedule, Cricket live score . Like us on Facebook or follow us on Twitter for more sports updates. You can also download the NDTV Cricket app for Android or iOS.