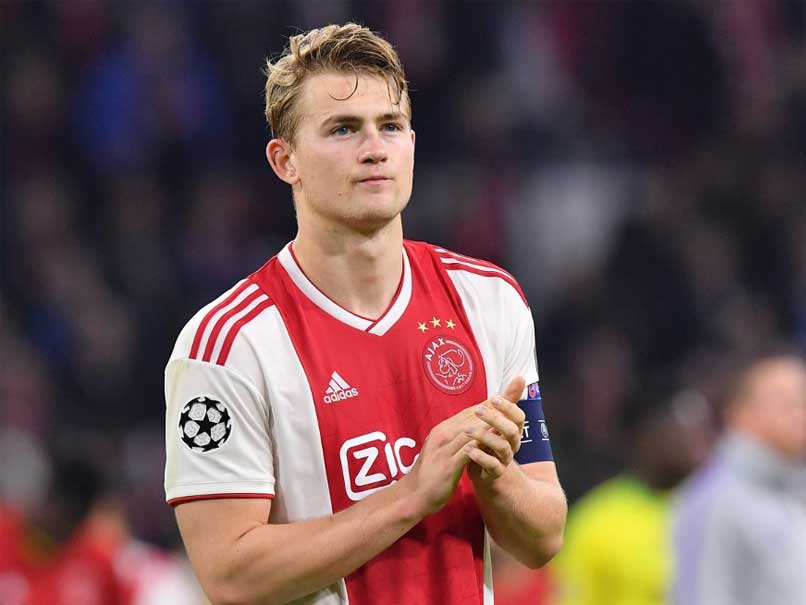 Matthijs de Ligt has previously been linked to a possible transfer to Paris Saint-Germain.© AFP

Italian powerhouses Juventus are on the hunt for star Dutch defender and Ajax captain Matthijs de Ligt and are reportedly prepared to pay more than 70 million euros, according to De Telegraaf newspaper Saturday. The teenage centre-back has previously been linked to a possible transfer to Paris Saint-Germain, but Juventus "are seducing the Ajax defender with a contract almost impossible to refuse, and star player Cristiano Ronaldo's charms", the paper reported. It comes after television cameras picked up a short, but genial conversation between Ronaldo and De Ligt after the Netherlands lost 1-0 against Portugal in the Nations League final earlier this month.

Asked by the Dutch public broadcaster NOS at the time whether Ronaldo wanted to know if De Ligt, 19, would join him at the Turin-based Juventus, De Ligt said: "That could well be, yes."

"I didn't understand him at first. I was a little shocked, so I laughed. But I didn't say anything," De Ligt pointed out.

Should De Ligt decide to move to the Italian club he could rake in between 15 to 20 million euros ($17 to $22 million) annually, the NOS added, saying the contract would last five years.

It would not be the first time a well-known Ajax player made the move to the Italian club, with former Dutch international goalkeeper and current Ajax CEO Edwin van der Sar playing 66 games for Juventus between 1999 and 2001, among others.

But the paper said a transfer to PSG wasn't completely out of the picture: "It should never be written off."