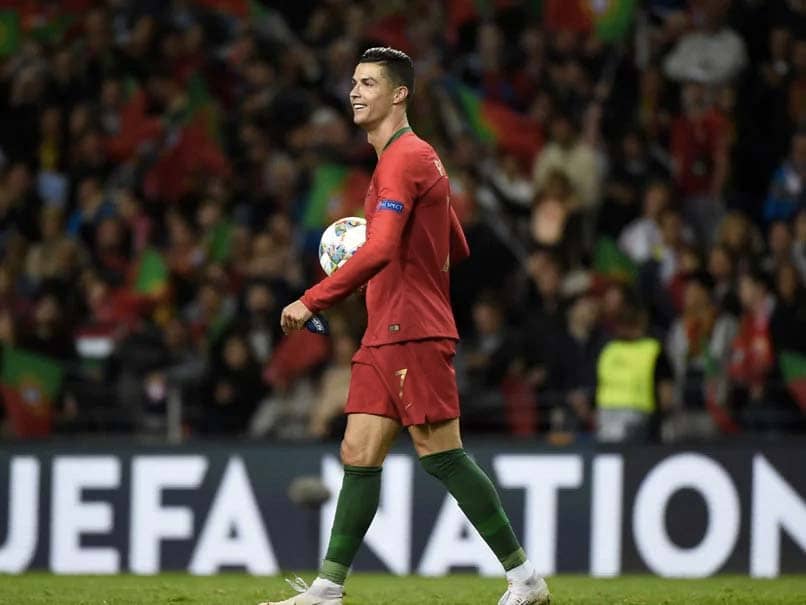 Cristiano Ronaldo is one of the very best in the history of the sport.© AFP

Manchester United's Bruno Fernandes said Juventus star Cristiano Ronaldo is the best professional player one can follow. Fernandes took part in a Q&A session on the club's official website where he also revealed former footballer Ronaldinho was his "football hero" during younger days. "It depends. I have a lot of players I like to see. For example, in my first few years, the player I think is the one everyone liked and always will like is Ronaldinho. For me, he is the player with the capacity to take you and put you in front of the TV, and you will stay for hours," Fernandes said.

"For hours! Because he had that energy and happiness. He was happy in everything he did. You enjoy it when you see guys playing like that, so for the first few years, Ronaldinho was my favorite player. After this, I have already said that Cristiano Ronaldo is one of the players. As a professional player, he is the best you can follow," he added.

When asked to name a word that describes him as a player, the 25-year-old said "warrior" adding that he considers every game like a battle.

Currently, the football season has been brought to a halt by the coronavirus pandemic. The 2019-2020 season of the Premier League has been suspended since March.

Moreover, Ligue de Football Professionnel (LFP) on Thursday put an end to the 2019-2020 football season, with Paris Saint-Germain (PSG) being declared as the champions of Ligue 1.

Paris SG English Premier League Football
Get the latest updates on India vs Australia Series, check out the India vs Australia Schedule for 2020-21 and Ind vs Aus live score . Like us on Facebook or follow us on Twitter for more sports updates. You can also download the NDTV Cricket app for Android or iOS.