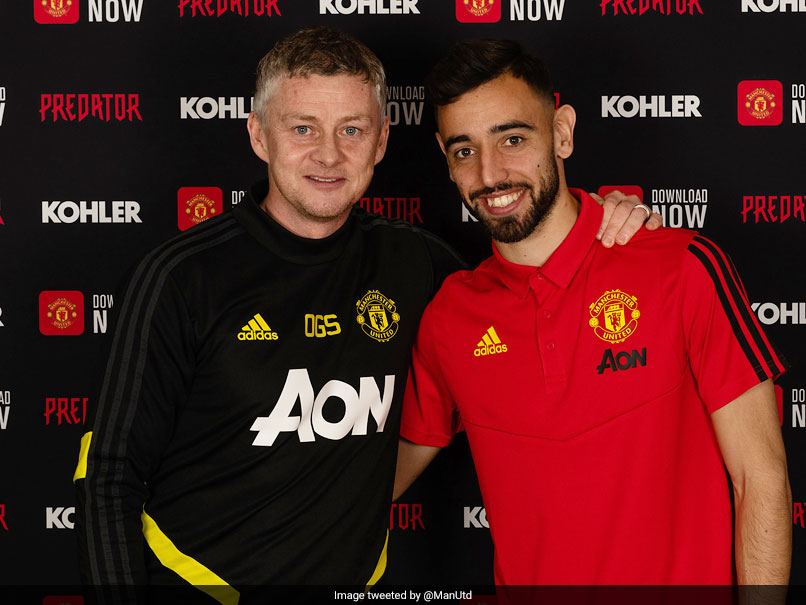 Manchester United confirmed on Thursday they had completed the signing of Portugal midfielder Bruno Fernandes from Sporting Lisbon. The 25-year-old has signed a five-and-a-half year contract at Old Trafford with an option to extend for a further year. The long-anticipated deal, with an initial fee of around 47 million pounds ($61.2 million), was finalised after Fernandes, who has 19 international caps, agreed personal terms and passed a medical. "We have been tracking Bruno for many months and everyone here has been tremendously impressed with all his attributes and what he will bring to this team," said United manager Ole Gunnar Solskjaer.

"Most importantly he is a terrific human being with a great personality and his leadership qualities are clear for all to see."

Fernandes said he was delighted to be joining the club, who are fifth in the Premier League table.

"My love of Manchester United really started when I used to watch Cristiano Ronaldo play and ever since then I have been a big fan of this great club," Fernandes explained.

"For me, to now play for Manchester United feels incredible.

"I have worked hard to get to this moment and I can promise the fans that I will give everything for the badge to help bring us more success and trophies."

Fernandes will bolster United's midfield ranks. Solskjaer has been short of numbers in that area since the departures of Marouane Fellaini and Ander Herrera, while injuries to Paul Pogba and Scott McTominay have exacerbated the problem.

Fernandes has a reputation as a goalscoring, attacking midfielder who can operate centrally or out wide. He can also be deployed defensively.

Sporting CP Football
Get the latest updates on IPL Auction 2023 and check out  IPL 2023 and Live Cricket Score. Like us on Facebook or follow us on Twitter for more sports updates. You can also download the NDTV Cricket app for Android or iOS.