Paris Saint-Germain are likely to be without seven of their first team players as they tested positive for coronavirus ahead of the start of the new season. 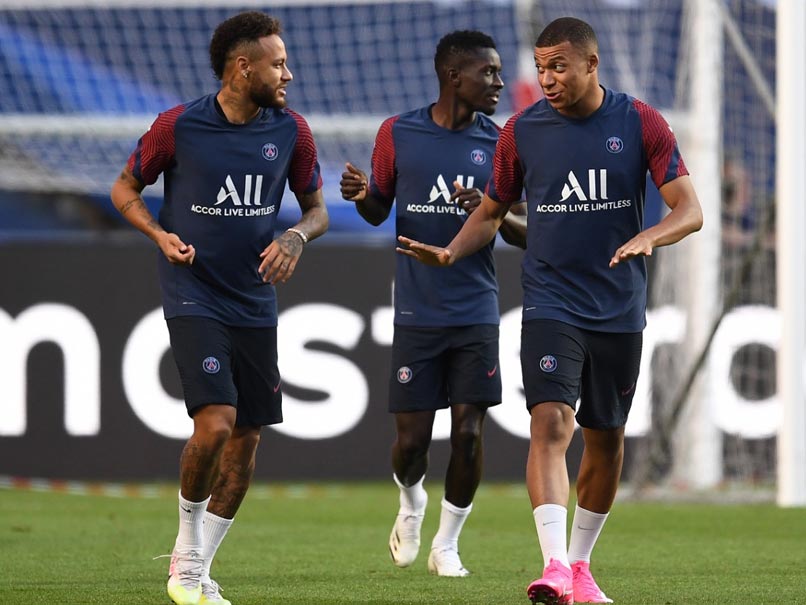 Paris Saint-Germain resume Ligue 1 duties on Thursday shorn of a clutch of their most prized coronavirus-quarantined stars and facing the daunting task of four games in 11 days. The delayed season-opening trip to Lens could not have come at a worse time for coach Thomas Tuchel and his players as they shake off the hurt left by the Champions League final defeat to Bayern Munich. COVID-19 has ripped the heart out of Tuchel's side, with Neymar, Kylian Mbappe, Angel Di Maria and Leandro Paredes testing positive.

Apart from Mbappe all of them contracted the virus after holidaying in Ibiza following the 1-0 loss in Lisbon last month.

Mbappe tested positive on France duty at the start of the week, forcing the world's second most expensive player to sit out Tuesday's World Cup final rematch with Croatia.

Just to complicate matters further, striker Eric-Maxim Choupo-Moting is out of contract, although the domestic press raise the possibility he might sign an extension.

Tuchel's plight was laid bare when at training on Monday he only had 11 players at his disposal, with others away on international duty.

PSG's scheduled first game against Metz was pushed back due to their Champions League commitments. They then requested and were granted a further delay to the start of their title defence to allow them to get over their European hangover.

Tuchel will be grateful some of his absent men will be returning from playing for their countries this week, as PSG face a hectic return to domestic duties.

After Lens they host arch rivals Marseille at the Parc des Princes on Sunday, a clash most of the quarantined players are also expected to miss according to both sporting director Leonardo and Tuchel.

"After the holidays, after this quarantine phase without training, I'm under the impression this match on Sunday comes too soon. But we're going to wait a bit," Tuchel said Wednesday.

If given the virus all-clear they should be back in time for Metz at home on September 16 and Nice four days later.

This all leaves Tuchel with a selection headache for the trip to northern France, switching midfielders Julian Draxler or Pablo Sarabia up into attack and relying on PSG's pool of youngsters.

And in goal, with Navas out and Sergio Rico unavailable as he signed his contract after the original August 29 date for the fixture, Tuchel will have to call on 20-year-old Marcin Bulka who has played just one first-team game for the club.

Captaining Tuchel's mix and match team is likely to be Presnel Kimpembe following the departure of Thiago Silva to Chelsea.

PSG completed a sweep of the domestic trophies last term, winning Ligue 1 for the seventh time in eight attempts in a season cut short by the coronavirus pandemic.

Angel Di Maria Marquinhos Keylor Navas Football
Get the latest updates on ICC T20 Worldcup 2022, check out the Schedule and Live Score. Like us on Facebook or follow us on Twitter for more sports updates. You can also download the NDTV Cricket app for Android or iOS.