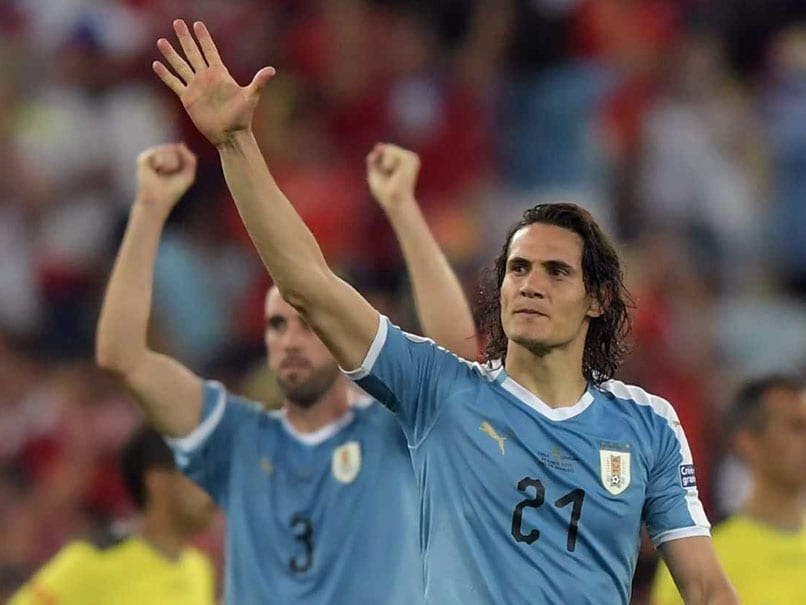 Uruguay demonstrated a winning attitude and mentality in their 1-0 Copa America success over Chile on Monday that gave them top spot in Group C, match-winner Edinson Cavani said. Uruguay began the game in second place in their pool behind the reigning champions and facing a dauting potential quarter-final tie with Colombia, the only side to go through the group stage with three wins. But Cavani's header eight minutes from time from Jonathan Rodriguez's cross propelled Uruguay above Chile and into, what looks on paper at least, an easier last eight challenge against Peru.

"In some moments we played well, in other moments less well, but always with the (right) attitude and mentality we were able to snatch the game," said the 32-year-old, who scored his 48th goal for his country.

But the Paris Saint-Germain forward insisted thoughts of a potentially easier quarter-final draw played no role in Uruguay's approach.

"We wanted to win the group without knowing what would come next, to show a good image in the group and continue with this attitude," he said following the match at Rio de Janeiro's iconic Maracana stadium.

Captain Diego Godin said this win "is important for confidence, to rediscover the feelings after Japan" in which they were surprisingly held to a 2-2 draw.

Veteran coach Oscar Tabarez admitted there was little between the two sides.

"It was a keenly contested match with few spaces. We managed a little bit better than our opponents," he said.

More so than avoiding Colombia, Tabarez was most pleased that Uruguay will get an extra day of rest ahead of their quarter-final, against a Peru side that has had two extra days to recover from their pool efforts, on Saturday in Salvador.

Chile will face Colombia the day before in Sao Paulo.

"One extra day of rest is useful, it's important, because we're on the limit," said Tabarez.

Chile's Colombian coach Reinaldo Rueda, who was jeered by many of his team's fans when his name was announced before the match, said his side were beaten by "Uruguay's strength" -- their aerial game.

"Undoubtedly, it was a very close game. We knew about our opponents' quality, with a well defined system, a difficult style in terms of their aerial game," he said.

"But we played very well, we showed character, we showed discipline."

Still, defeat was hard to take.

"We lost, that's tough on the players' motivation," said Rueda.

Chile Edinson Cavani Football
Get the latest updates on India vs South Africa and check out  Schedule, Results and Live Score. Like us on Facebook or follow us on Twitter for more sports updates. You can also download the NDTV Cricket app for Android or iOS.