Liverpool's last clash with Real Madrid ended in painful defeat, with Mohamed Salah's shoulder dislocated by Sergio Ramos dragging him to the ground. 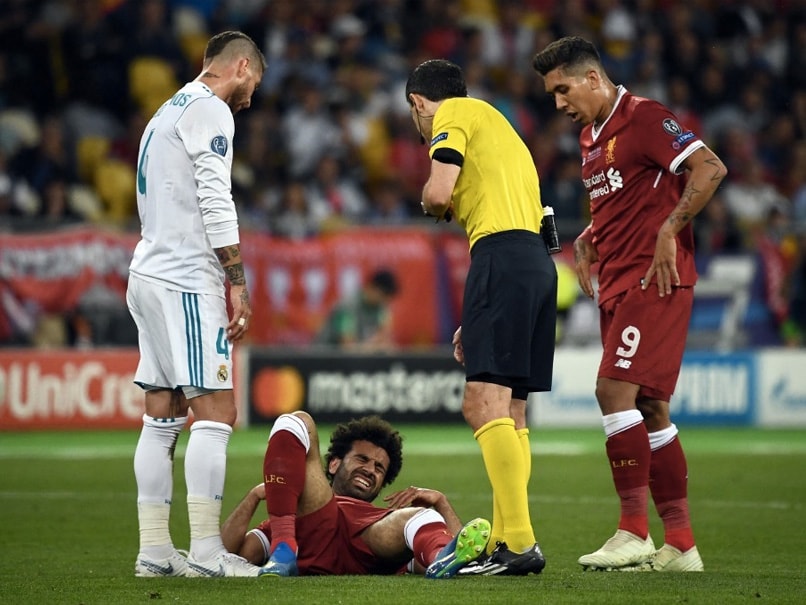 Liverpool's last dance with Real Madrid ended in painful defeat, with Mohamed Salah's shoulder dislocated by Sergio Ramos dragging him to the ground and goalkeeper Loris Karius left apologising to his fans. Yet Karius's two errors, which handed Real Madrid a 13th European triumph in the 2018 Champions League final, were also the start of a journey for Liverpool. Karius was ruthlessly cast aside and Alisson Becker signed for a then world record fee for a goalkeeper. A year later Liverpool were the ones hoisting the Champions League trophy after beating Tottenham Hotspur in Madrid. Last season, an even heavier burden was lifted when they were crowned English champions for the first time in 30 years.

But those highs have been followed by a fall from grace as Liverpool prepare to face Real again in the first leg of their Champions League quarter-final in Madrid on Tuesday.

Fortress Anfield has turned into a visitors' dream with fans absent because of the coronavirus pandemic.

After nearly four years without a home league defeat, Liverpool have lost six in a row for the first time in the club's history.

Jurgen Klopp's men are in a scrap just to make it into next season's Champions League via a top-four finish in the Premier League.

Injuries have taken their toll. Captain Jordan Henderson and centre-backs Virgil Van Dijk, Joe Gomez, Joel Matip will all miss both legs of the Real tie and are unlikely to play again this season.

The signings of Thiago Alcantara and Diogo Jota last summer were designed to build from a position of strength, but both have also missed a large part of the campaign through injury.

However, there could yet be a happy ending to a difficult season. Saturday's comprehensive 3-0 win at Arsenal was Liverpool's most complete performance of 2021.

Jota is back fit and firing, scoring six times in his last four games for club and country. Thiago is also starting to find his rhythm, helped by the return of Fabinho to midfield after months of deputising as a makeshift centre-back.

Real Madrid might have taken more comfort from Liverpool's problems were they not confronting their own period of introspection.

Since winning a third consecutive Champions League three years ago, the team has stalled, a failure to update and refresh seeing them tumble down the European pecking order.

When Madrid and Liverpool were matched last month with Chelsea and Porto in the semi-finals, many thought Chelsea had a kind draw for the quarters, and the semis too.

Madrid have been unfortunate to see their one statement signing since 2018, Eden Hazard, succumb to injury. Hazard could have been the successor to Cristiano Ronaldo and the catalyst for renewal but instead he has become an irrelevance.

If Madrid manager Zinedine Zidane was too loyal to an ageing core, the club were also prevented from forcing change, the coronavirus pandemic slashing revenues and making significant signings impossible.

For now, Zidane will turn again to his tried and trusted for the first leg at Valdebebas, with Luka Modric, Casemiro, Toni Kroos and Karim Benzema all three years older than the last time they played Liverpool, and arguably even more important.

Ramos will be denied a reunion with Salah because of a calf injury.

Madrid will also be buoyed by an upturn in form. the kind of late surge that has seen them deliver when it matters in the Champions League. They have also cut faltering Atletico Madrid's lead in La Liga to three points.

After beating Eibar in La Liga on Saturday, Zidane struck a confident note.

"We are alive in two competitions and we are going to be ready," he said. "We know where we have come from this season, that we have suffered a lot to get here, but we haven't achieved anything yet."

But Liverpool are showing signs of a resurgence too, their victory over Arsenal their third in a row and most convincing performance this year.

Crucially, both clubs will believe winning this quarter-final puts them in sight of another European success, that from there they could defy recent trajectories by beating even the loftiest opponents in the competition.

In 2018, Real Madrid and Liverpool knew victory would secure them the trophy. This time they will hope it sparks a resurgence.

Sergio Ramos Football
Get the latest updates on SA vs IND 2021-22, check out the Schedule and Live Score . Like us on Facebook or follow us on Twitter for more sports updates. You can also download the NDTV Cricket app for Android or iOS.