Paris Saint-Germain, whose bid to avoid yet another exit in the first knockout round against Borussia Dortmund will be played out before an empty stadium on Wednesday. 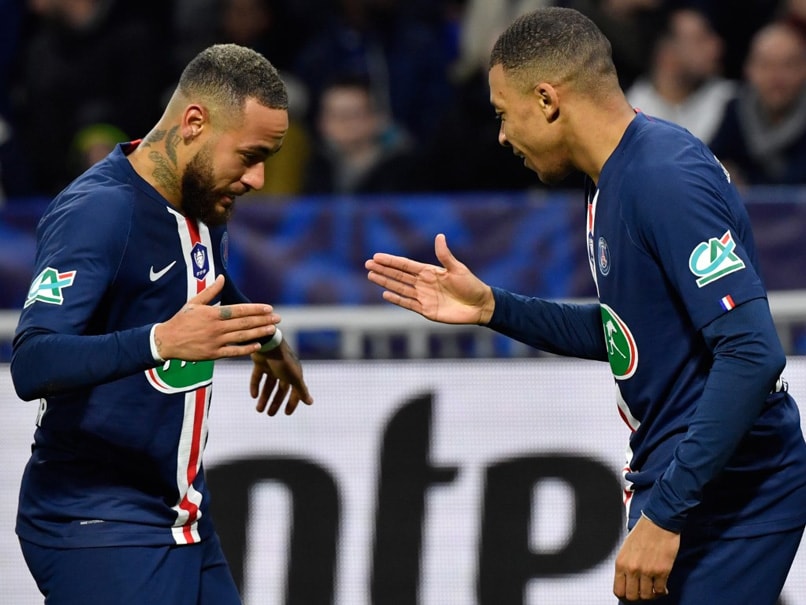 Nothing ever seems to go to plan in the Champions League for Paris Saint-Germain, whose bid to avoid yet another exit in the first knockout round against Borussia Dortmund will be played out before an empty stadium on Wednesday. After Neymar, Kylian Mbappe and co. lost 2-1 to an Erling Haaland-inspired Dortmund before a crowd of 80,000 in Germany last month, PSG discovered on Monday the second leg of their last-16 tie must be played behind closed doors due to the coronavirus outbreak.

Estimates put the financial hit to Qatar-owned PSG of playing the game without the presence of nearly 50,000 fans at the Parc des Princes in the region of six million euros ($6.9 million), while the president of the club's Ultras fans group has called on supporters to gather outside the stadium instead.

However, it is still possible the strange atmosphere will work in the home team's favour, removing some of the immense pressure on them.

Agitated supporters are restless at the thought of their team -- despite all the Qatari investment -- going out of the Champions League in the last 16 for the fourth year running.

While PSG's record in France, where they are on course for a seventh Ligue 1 title in eight seasons, is excellent, it is also almost irrelevant. This is a club that begs to be judged on its performance in Europe.

They are the fifth-richest club in the world in the most recent Deloitte Football Money League, with 636 million euros in revenue last season, behind only Barcelona, Real Madrid, Manchester United and Bayern Munich.

However, they have fallen at this hurdle in each of the last three seasons, often in farcical fashion.

In 2017 there was the capitulation in Barcelona, a 6-1 defeat following a 4-0 first-leg win. They then spent over 400 million euros to make Neymar and Mbappe the two most expensive signings in the world, but the Brazilian missed the second leg of the 2018 defeat by Madrid due to injury and then sat out both legs of an improbable exit to Manchester United last year.

A question of credibility

In a recent interview with Canal Plus, sporting director Leonardo tried to take pressure off Thomas Tuchel's team before the Dortmund tie.

"It's not life or death. If we lose we will try again next year," he insisted. "We need to stop all the negativity. We have a fantastic team and fantastic players."

Nevertheless, it is worth pondering how what is essentially a vanity project can continue to be credible if PSG keep on losing the games that really matter.

The need to beat Dortmund is therefore critical, even in these mitigating circumstances, and the futures of both Neymar and Mbappe, forever linked to Real Madrid, could depend on it.

If they do reach a first quarter-final since 2016, the weight off their shoulders will be huge and might well be replaced by a realisation that winning the trophy for the first time is a real possibility.

Coach Tuchel is under contract until 2021 but, just like Unai Emery and Laurent Blanc before him, it is hard to see how he would survive another disappointing European showing.

Tuchel is also under pressure after a decision to radically change his team's formation for the first leg backfired badly.

He needs a big performance from Neymar, who wanted to leave last summer rather than stick around for a third season in Paris but was poor in Dortmund. Tuchel also needs Mbappe, scorer of 30 goals this season, to deliver on the night.

"He struggled against Dortmund. His reaction since then has been astounding, in every training session. He is decisive and he is in great form," Tuchel said recently, and he will hope that form continues at an eerily empty stadium on Wednesday.

Borussia Dortmund Kylian Mbappe Neymar Football
Get the latest updates on SA vs IND 2021-22, check out the Schedule and Live Score . Like us on Facebook or follow us on Twitter for more sports updates. You can also download the NDTV Cricket app for Android or iOS.