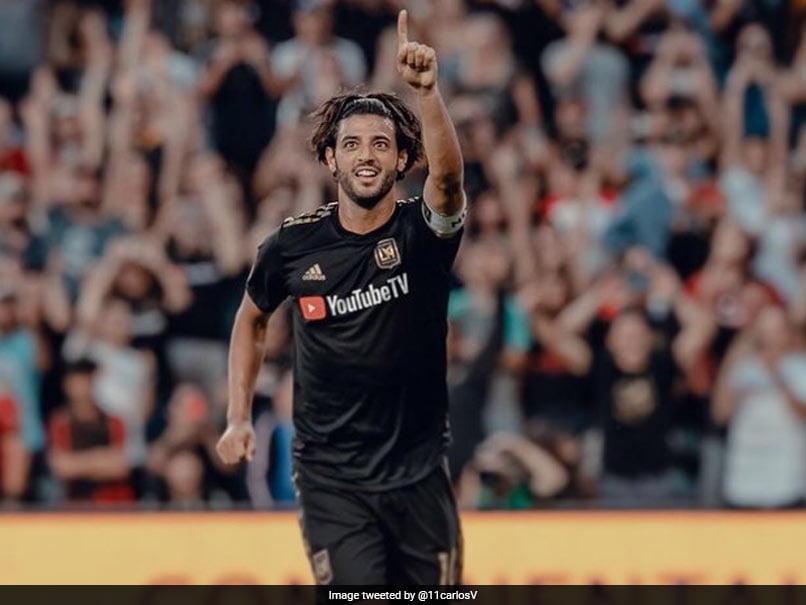 Carlos Vela was once considered as one of the top young talents in world football while he was at Premier League club Arsenal. But the Mexican striker's career has not panned out as many would have expected. However, still 30, Carlos Vela is blowing the competition away in Major League Soccer (MLS). Carlos Vela scored twice as Los Angeles FC thrashed the San Jose Earthquakes 4-0 but it was his second goal in the match that has sent football fans into a tizzy.

Mexico international Vela grabbed his 25th goal of the season from the penalty spot on 17 minutes to make it 2-0 after Diego Rossi had given Los Angeles FC the early lead with a sixth minute strike.

Carlos Vela then produced a scintillating individual goal to put Los Angeles 3-0 up in the 41st minute, weaving through the San Jose defence before walking the ball into the net from close range.

Here is the goal that will live long in the memory of football fans:

Josh Perez then concluded the scoring nine minutes from time as Los Angeles FC completed a comprehensive win over the San Jose Earthquakes.

Los Angeles FC have already booked their place in the MLS Cup playoffs after a relentless campaign that has seen them surge clear of their Western Conference rivals.

Mexico Carlos Vela Football
Get the latest updates on ICC T20 Worldcup 2022, check out the Schedule and Live Score. Like us on Facebook or follow us on Twitter for more sports updates. You can also download the NDTV Cricket app for Android or iOS.