The start of 2020-21 Bundesliga season has been pushed back from the original date of August 21 due coronavirus pandemic and will start on September 18. 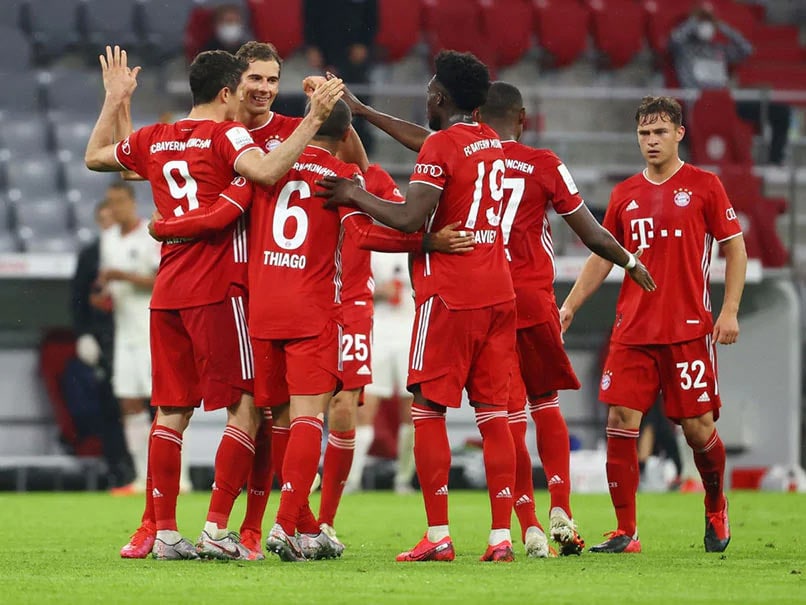 Defending champions Bayern Munichwill start the 2020/21 Bundesliga season at home to Schalke in mid-September, but the exact date depends on whether the Bavarians reach the Champions League final, the German league said Friday. Bayern are pencilled to host Schalke at Munich's Allianz Arena on Friday September 18. However, the match could be moved to Monday September 21 if Bayern reach the Champions League final in Lisbon on August 23, to allow Hansi Flick's star-studded squad a month between matches.

Bayern host Chelsea in the last 16, return leg of the Champions League this Saturday holding a 3-0 lead from February's first leg and are among the favourites for the European title.

Due to the coronavirus pandemic, the start of the 2020/21 season in Germany has been pushed back from the original date of August 21.

The German Super Cup, traditionally the season's curtain-raiser, has been moved to September 30 when Bayern will play Borussia Dortmund.

This week, the clubs in Germany's top two divisions agreed to the league's four-point plan to allow the partial return of fans next season, which must still be approved by politicians.

A small number of fans would be allowed to sit, tickets would be personalised so spectators could be traced, alcohol at matches would be banned until October and there will be no away fans before the end of the year.

FC Schalke 04 Football
Get the latest updates on ICC Women's Cricket World Cup 2022 and IPL 2022, check out the Schedule , Live Score and IPL Points Table. Like us on Facebook or follow us on Twitter for more sports updates. You can also download the NDTV Cricket app for Android or iOS.