German Clubs Agree To Allow Fans In Stadiums From Next Month

While the German Football League agreed to allow home fans in stadiums from next month, the plan needs to be approved by the government. 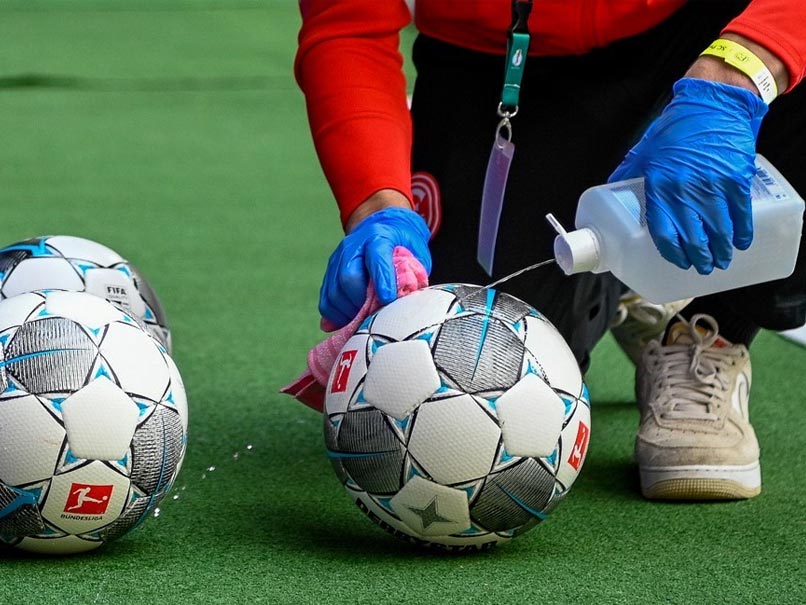 The new season of the Bundesliga is set to begin on September 18.© AFP

Football clubs in Germany's top two divisions on Tuesday agreed to plans drawn up by the league which could allow the partial return of fans to stadiums from mid-September, despite the coronavirus pandemic. Under the plans proposed by the German Football League (DFL) for the new season, which starts on September 18, the clubs agreed on four key points. Fans would only be allowed to sit, tickets would be personalised so spectators could be traced, alcohol at matches would be banned until October and there will be no away fans until the end of the year.

The plan is however subject to approval by German authorities, with health ministers of the country's 16 states to meet on Monday over the issue.

Germany has recorded 211,281 cases and 9,156 deaths due to the coronavirus, and in April began easing curbs imposed to halt transmission.

But fears are growing over a second wave as daily number of new infections was steadily climbing again, in recent weeks hitting levels not seen since May.

"The priority in Germany at the moment is not full stadiums, but people's health," said Christian Seifert, chief executive of the Bundesliga after a virtual meeting of the clubs.

"When and how many spectators are allowed to return to the stadiums is not a decision for the DFL to make."

The league's plans for fans to return has been the subject of debate among politicians and virologists in Germany.

However, the league insists any changes would only be temporary while the pandemic continues to be a factor.

Seifert says the rate of infection must be taken into account and "should by no means be underestimated".

"Professional football can only return to normality in stages," he added.

"We will have to regain normality in small steps. We cannot go from zero to 100."

After a two-month hiatus due to the COVID-19 pandemic, the final nine rounds of last season's Bundesliga matches were completed behind closed doors in late June.

Amid tight hygiene measures, Germany was the first country to restart its league season which paved the way for other top European leagues to follow suit.

However, Bundesliga clubs lose millions of euros in match day revenue for each game played in front of empty stands and are eager to welcome fans back.

For example, Borussia Dortmund, who finished second to champions Bayern Munich last season, are planning to have up to 15,000 fans for home games next season.

On a typical match day in Dortmund, over 81,000 spectators would fill Signal Iduna Park.

However, Seifert said even a figure of 10,000 at matches would be hard to justify with large events banned in Germany until October 31.

"Nobody at the DFL will require a specific number of fans," he said.