Thomas Muller scored as Bayern Munich opened up a four-point lead at the top of the Bundesliga with a 2-0 victory over Augsburg at the Allianz Arena on Sunday. 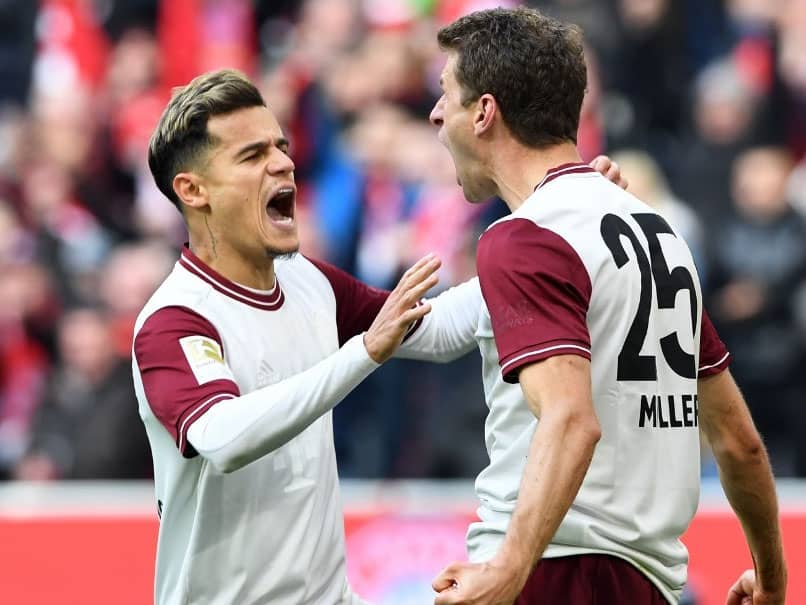 Thomas Muller scored as Bayern Munich opened up a four-point lead at the top of the Bundesliga with a 2-0 victory over Augsburg at the Allianz Arena on Sunday, while the spread of the coronavirus threatened to curtail the season. Bayern lacked fluency in the opening stages despite scoring 13 goals in their previous three Bundesliga games, but did enough to edge closer to an eighth straight title. German health minister Jens Spahn on Sunday called for the cancellation of all gatherings of more than 1,000 people in the country over fears surrounding the spread of the new coronavirus.

But the German league immediately reacted, insisting that it was "out of the question" that the season would be delayed beyond its scheduled finish on May 16, a week before the German Cup final.

Cases of COVID-19 in the country reached close to 850 on Sunday.

Bayern extended their unbeaten run to 15 games despite starting slowly.

It was not until near the end of the first half when the home side looked like troubling the scorers, with Muller shooting over the crossbar with just the keeper to beat.

Muller made no mistake in the 53rd minute however, collecting a long ball from Jerome Boateng and side-footing into the net.

The goal, reminiscent of the prolific Muller of a decade ago, continued his recent strong form under manager Hansi Flick.

Since Flick took over, Muller has scored six Bundesliga goals and assisted 12 more in 15 games.

Augsburg had several chances to equalise on the counter. Their best opportunity came when Florian Niederlechner had two bites at the cherry just two yards from goal in the 80th minute.

He had his first effort saved by Manuel Neuer and was unable to take advantage of a fortunate bounce from the rebound, shooting straight into the desperate Bayern defence.

Niederlechner found the back of the net in the 89th minute, but the goal was later ruled out for a marginal offside near the halfway line.

Leon Goretzka put the game beyond doubt with a goal in second-half stoppage time after being expertly fed by Serge Gnabry before dribbling the ball past keeper Andreas Luthe.

In Sunday's other game, 16th-placed Fortuna Duesseldorf head to 15th-placed Mainz in a crucial game in the clubs' relegation battle.

FC Augsburg Football
Get the latest updates on India vs Australia Series, check out the India vs Australia Schedule for 2020-21 and Ind vs Aus live score . Like us on Facebook or follow us on Twitter for more sports updates. You can also download the NDTV Cricket app for Android or iOS.