A section of fans unfurled an offensive banner during a Bundesliga match between Hoffenheim and Bayern Munich on Saturday that led to a bizarre finish to the game. 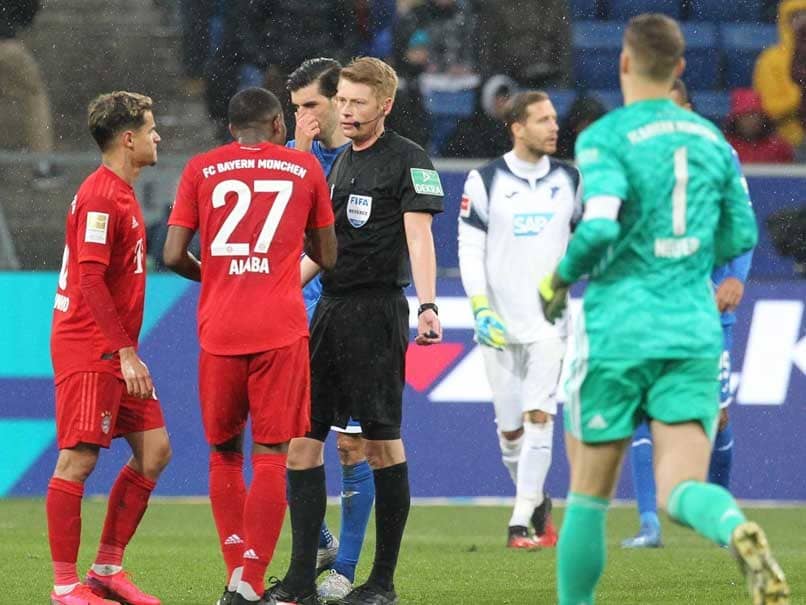 Bayern Munich thrashed Hoffenheim 6-0 in a Bundesliga match at the Rhein-Neckar-Arena on Saturday. Philippe Coutinho scored a brace while Serge Gnabry, Joshua Kimmich, Joshua Zirkzee and Leon Goretzka also found the back of the net to take Bayern Munich on top of the Bundesliga points table. In the match, a section of Bayern fans unfurled an offensive banner that led to a halt in the proceedings on the ground. Bayern Munich players had to convince the fans to take down the banner in order to resume the match. Players from both the sides played out the final 13 minutes of the match in a bizarre manner as they just passed the ball around as the game ended with the same scoreline.

A video of the final phase of the Bundesliga encounter went viral on social media where both teams can be seen adopting the defensive approach.

Watch the video of the bizarre incident here:

Bayern Munich and Hoffenheim spent the last 10 minutes of their game just talking and kicking the ball between each other. pic.twitter.com/F4vMvd4fcW

Bayern Munich, without their star striker Robert Lewandowski, put on a clinical performance against Hoffenheim in an away fixture.

Serge Gnabry, who scored a brace against Chelsea in the Champions League last 16 1st leg match, scored the first goal for the visitors in the second minute.

Five minutes later, Joshua Kimmich found the back of the net to double the lead for Bayern.

Zirkzee and Coutinho scored in the first half as well to put Bayern 4-0 ahead at the halfway mark.

Just two minutes into the second half, the Brazilian midfielder got one past Hoffenheim goalkeeper to make the scoreline 5-0.

Leon Goretzka's strike in the 62nd minute was the last attempt on goal from either side.

With the win, Bayern Munich went four points clear of RB Leipzig at the top with 52 points from 24 games.

Robert Lewandowski Serge Gnabry Football
Get the latest updates on IPL 2021, IPL Points Table , IPL Schedule 2021 , live score . Like us on Facebook or follow us on Twitter for more sports updates. You can also download the NDTV Cricket app for Android or iOS.