Luis Suarez and Lionel Messi are part of the potent Barcelona strike force that keeps them in the top slots of Spanish and European football. 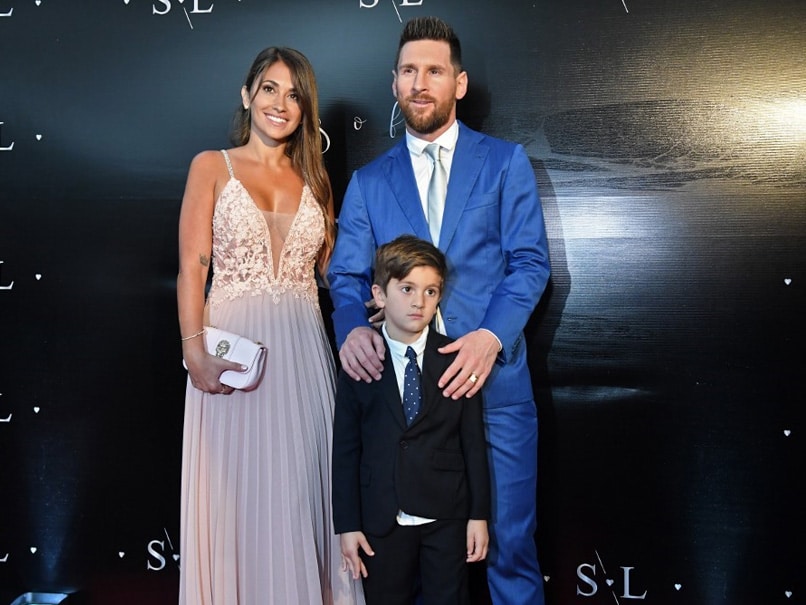 On November 25, Sofia Balbi took to Instagram and posted an adorable picture with a caption that read, "Counting the days to tell you YES # 10years @ luissuarez9."

According to a report in the local media, Brazilian star Neymar, who moved from Barcelona to Paris Saint-Germain in 2017, was also there.

Uruguay and Barcelona forward Suarez and Balbi exchanged "rings inscribed with their respective names, made from white gold and diamonds", according to a statement.

The couple met when Suarez was 14 years old and started dating soon afterwards.

They married in a civil ceremony in Amsterdam in March 2009, but the religious ceremony took place on December 26, 2009, in Montevideo.

The former Liverpool striker and his wife have three children.

Spanish giants Barcelona went into the winter break at the top of the La Liga table with 39 points after a splendid show from Lionel Messi, Antoine Griezmann, Arturo Vidal and Luis Suarez.

The defending champions defeated Alaves 4-1 as Messi went into the break as La Liga's top scorer with 13 goals ahead of Real Madrid's Karim Benzema on 12.

"It's an enormous advantage having Leo (Messi), he can score you a goal from anywhere at any time," Barcelona coach Ernesto Valverde said after the game.