If the deal goes through it would make 19-year-old Joao Felix the fifth most expensive signing of all time. 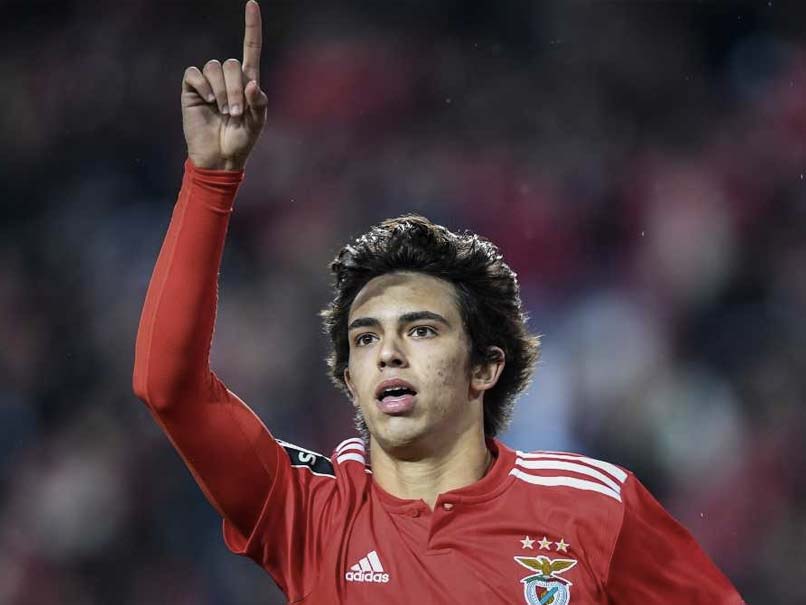 Joao Felix, who can play on either flank or centrally, has just enjoyed a breakthrough season at Benfica.© AFP

Atletico Madrid have made a 126 million euro ($143 million) offer for Joao Felix, the Portuguese teenager's club Benfica announced on Wednesday. If the deal goes through it would make the 19-year-old forward the fifth most expensive signing of all time after Neymar, Kylian Mbappe, Philippe Coutinho and Ousmane Dembele. The Benfica statement read: "Atletico Madrid have presented a proposal for the definitive acquisition of......the player Joao Felix Sequeira, for an amount of 126,000,000 euros which is being analysed." Felix has been linked with a number of Europe's leading clubs including Manchester City, Manchester United and Juventus.

So winning the race for his signature would come as a significant boost to Atletico, who are expecting to lose Antoine Griezmann this summer after the Frenchman said he is seeking a new challenge.

Felix, a forward who can play on either flank or centrally, has just enjoyed a breakthrough season at Benfica, scoring 20 goals in 43 competitive games and helping the club win the Portugese league title.

He also made his debut for Portugal earlier this month, starting alongside Cristiano Ronaldo in their Nations League semi-final win over Switzerland.

Portugal Football
Get the latest updates on ICC T20 Worldcup 2022 and CWG 2022 check out the Schedule, Live Score and Medals Tally. Like us on Facebook or follow us on Twitter for more sports updates. You can also download the NDTV Cricket app for Android or iOS.