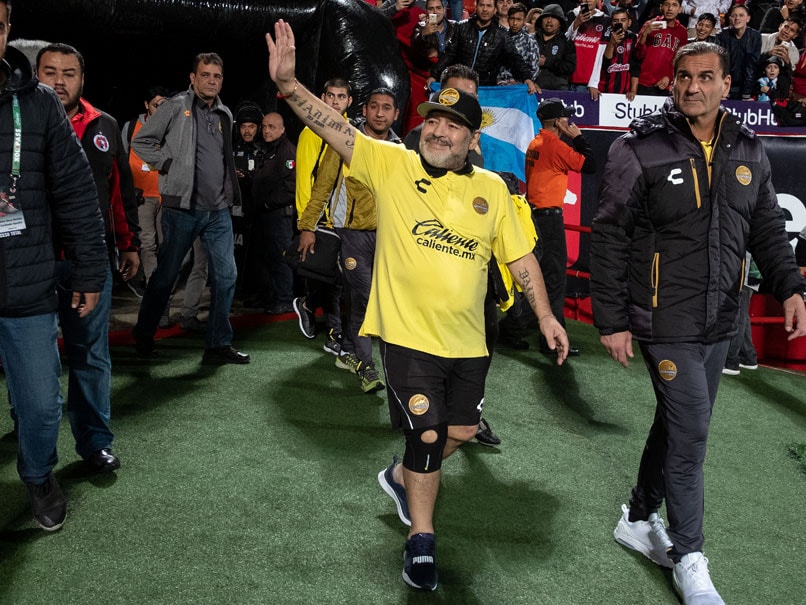 Argentine football legend Diego Maradona suffers from severe osteoarthritis and needs to undergo knee surgery, one of his physicians has said. "We treated him before the World Cup so he could get through his activities in Russia in the best way," Maradona's doctor German Ochoa told Todo Noticias television on Friday, referring to Maradona's broadcasting gig during the tournament.

"He has severe osteoarthritis in both his knees. He no longer has cartilage. The bones are touching each other," the Colombian physician added, reports EFE news agency.

A video disseminated Thursday showed Maradona, 57, walking with difficulty during a practice at the Mexican second-division club he coaches, Dorados de Sinaloa.

The images prompted concerns about the health of the man who led Argentina to triumph in the 1986 World Cup.

"It will not happen that Diego can't walk, it's not going to come to that. Advances in technology allow a solution, but the most prudent and intelligent way to reach a solution is to operate on the knees," Ochoa said of his famous patient.

The Colombian operated on Maradona's left knee in 2004.

Comments
Topics mentioned in this article
Diego Maradona Football
Get the latest updates on IND vs NZ 2021, check out the Schedule and Live Score . Like us on Facebook or follow us on Twitter for more sports updates. You can also download the NDTV Cricket app for Android or iOS.