Andres Iniesta said that he was still adapting to Japanese football and J-League club Vissel Kobe. 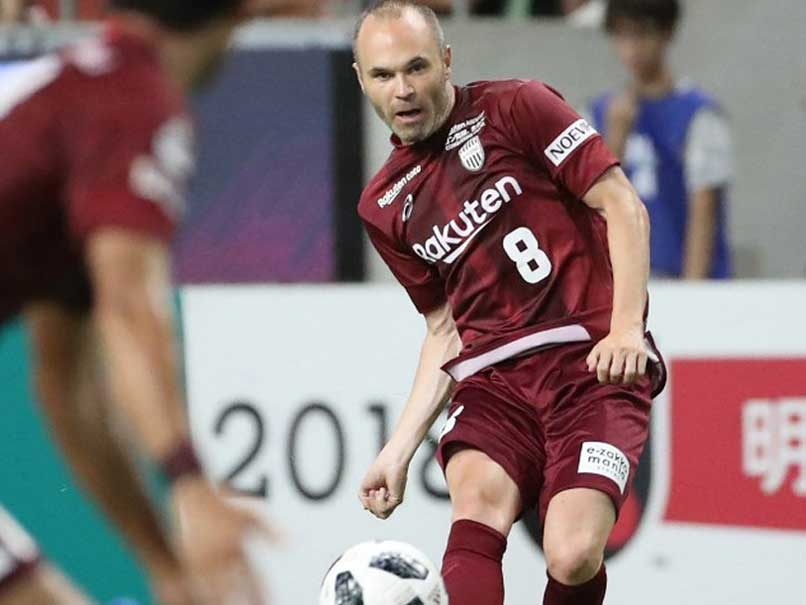 Since his arrival Vissel Kobe, Iniesta has played in nine matches© Twitter

Spanish midfielder Andres Iniesta said on Monday that he was still adapting to Japanese football and J-League club Vissel Kobe, which he joined in July, and admitted the team is not in its best phase. At a promotional event here, the former Barcelona midfielder took stock of his first few months in the J-League, in which his team has been faring badly despite the high expectations his arrival had generated, reports Efe. "My goal in this new season is to help the team reach a champion level, but all changes are difficult and require a process of adaptation," Iniesta said during the event organised by a Japanese sportswear brand, with whom he has a sponsorship deal. Iniesta said his experience in Japan so far had been great thanks to the love he had received from the locals and added that he hoped to be able to respond to that on the field.

Since his arrival, Iniesta has played in nine matches and scored two goals for his team, which is currently placed 11th in the J-League, days before the competition draws to a close.

The player added that the team wanted to win all the four matches it had left in the tournament.

Vissel Kobe have a seven-match losing streak which, coupled with bad play by the team, led to the sacking of coach Takayuki Yoshida, who was replaced by Spaniard Juan Manuel Lillo at the end of September.

"Right now, we are not going through the best phase, but I am convinced that the good times will come," said Iniesta, who added that his best memory in Japan so far is his first goal for Vissel Kobe in August against Jubilo Iwata.

When asked by Japanese media what he liked most about the country, Iniesta said he enjoyed the cultureand local cuisines of the cities of Osaka, Nara and Kyoto, where he has travelled with his family.

Andres Iniesta Football
Get the latest updates on IND vs NZ 2021, check out the Schedule and Live Score . Like us on Facebook or follow us on Twitter for more sports updates. You can also download the NDTV Cricket app for Android or iOS.