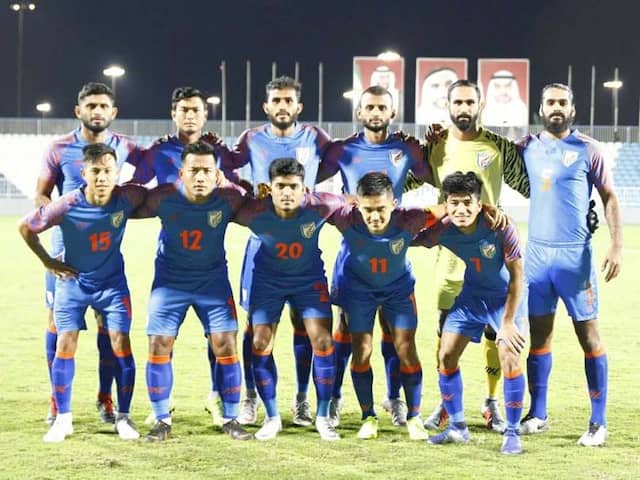 India are the second highest ranked side in their group.© AIFF

India, the second highest-ranked team, in Group A will eye for an early glory when they take on Thailand in their AFC Asian Cup 2019 opener at the Al Nahyan Stadium in Abu Dhabi on Sunday. India are placed 97th in the FIFA charts compared to Thailand's 118, but rankings will hardly matter in the continental showpiece. The two nations have played against each other 24 times with the South East Asian nation winning on 12 occasions. India have won five times while the remaining seven were drawn. But the two sides are more or less unknown quantities as they have played very few matches against each other in recent times. The last time the two sides played against each other was in 2010. Thailand won both matches -- 2-1 and 1-0. The last time India beat Thailand was way back in the 1986 Merdeka Cup in Kuala Lumpur.

A day prior to the opening campaign, Indian national team Head Coach Stephen Constantine admitted that he "can't wait for the match to begin."

"The players are really looking forward to the opening match, and so am I. We can't wait for the game to kick-off. It's time for the show," the Coach stressed. "We have a really young team. I wish they perform to their abilities. I'm sure we'll do fine."

This is India's fourth participation in the AFC Asian Cup, the last being in Doha in 2011. On the other hand, Thailand's best result in the Continental championship came in 1972 when they finished third.

Since then, they have failed to overcome the group stage hurdle in all the five occasions they qualified for the final round.

India had finished second in the 1964 edition of the AFC Asian Cup.

Building up to the Continental Championship, Oman, who were held to a goalless draw by the Blue Tigers, got the better of Thailand three days back in a friendly fixture played behind the closed doors in Abu Dhabi. But Constantine brushed aside on being asked whether India will have a psychological advantage when the Blue Tigers face the War Elephants.

"They are different teams with a different set of players. Oman were trying out different players, and so were Thailand," he said.

Significantly, India had to traverse the longest path than anyone else to qualify to the quadrennial continental championship.

India had played 18 matches, most by any team, to have cemented their berth in the AFC Asian Cup UAE 2019.

The match will kick-off at 7pm. It will telecast on Star Sports 3, and streamed live on Hotstar.