Edinson Cavani and Bruno Fernandes scored for Manchester United, who defeated Southampton in the Premier League. 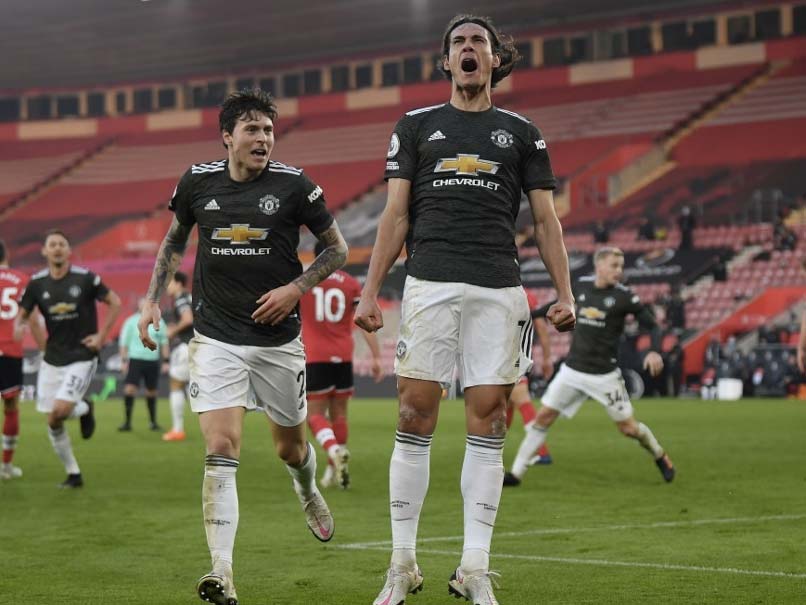 Yuvraj Singh took to social media to hail Edinson Cavani for his brace in Manchester United's win against Southampton in the Premier League, on Sunday. The Uruguay striker arrived after halftime as a substitute with United down by two goals to nil. With his arrival, the Red Devils saw a massive turnaround, scoring three goals to wrap up a win. The former India all-rounder wrote on Twitter, "Cavani cavani cavani ! Agali baar first half main aani ! What a win . Great character shown by the team under pressure !! Go @ManUtd @ECavaniOfficial pure class !!! #SOUMUN".

Yuvraj is known to be a Manchester United supporter.

Jan Bednarek, James Ward-Prowse scored in the first-half for Southampton at the St. Mary's Stadium and looked set to register three points. But United staged a comeback with Bruno Fernandes (59') and Cavani (74', 90+2') rescuing maximum points for Ole Gunnar Solskjaer.

The Saints had more possession than the visitors, and looked comfortable with the ball. Meanwhile, United had to stay patient and were clinical with their chances, having attempted six shots on target.

With the win, United are now seventh in the league table with 16 points. Meanwhile, Southampton are fifth with 14 points.

Cavani is a 33-year-old striker, who previously played for the likes of Paris Saint-Germain, Napoli and Palermo. He joined United from PSG on a one-year deal and has now scored three goals in five Premier League appearances. He has also grabbed an assist in the competition.

Yuvraj Singh
Get the latest updates on SA vs IND 2021-22, check out the Schedule and Live Score . Like us on Facebook or follow us on Twitter for more sports updates. You can also download the NDTV Cricket app for Android or iOS.