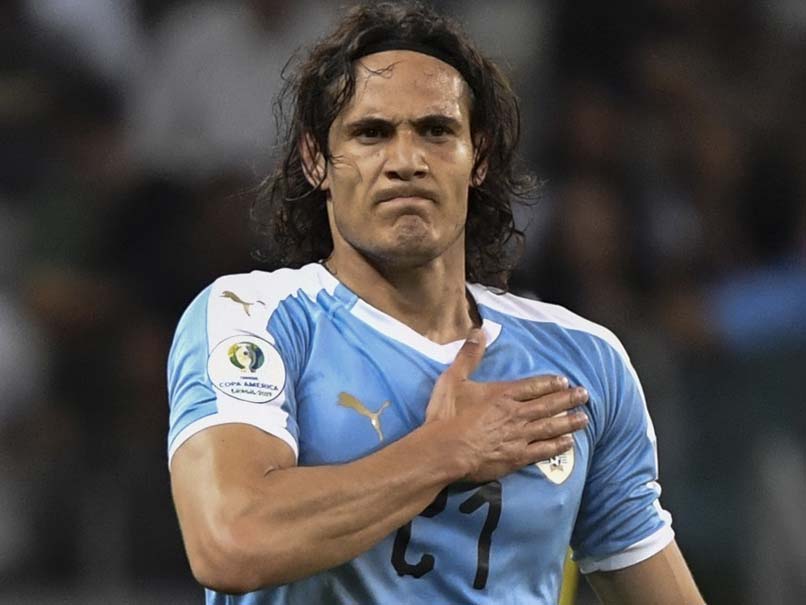 Edinson Cavani has been without a club since leaving Paris Saint-Germain at the end of June.© AFP

Manchester United signed Uruguayan international striker Edinson Cavani on a busy transfer deadline day for the Red Devils on Monday. Cavani has been without a club since leaving Paris Saint-Germain at the end of June. The 33-year-old is PSG's all-time top scorer, scoring 200 goals in seven seasons at the Parc des Princes. Cavani could even make his debut against his former club as United open their Champions League campaign away to PSG on October 20. "Manchester United is one of the greatest clubs in the world, so it is a real honour to be here," said Cavani. "I've worked really hard during the time off and I feel eager to compete and represent this incredible club."

The English giants were under the spotlight after a humiliating 6-1 home defeat to Tottenham in the Premier League on Sunday after making just one signing all window before Monday in Dutch international midfielder Donny van de Beek.

However, it is at the other end of the field that Ole Gunnar Solskjaer's men are badly in need of fresh blood after conceding 13 goals in their opening three Premier League games.

"The opportunity for our young players to learn from one of Europe's top goalscorers over the last 10 years is fantastic and it will really benefit them going forward," said Solskjaer.

"He'll bring energy, power, leadership and a great mentality to the squad but, most importantly, he'll bring goals.

"He has had a brilliant career so far, winning trophies at almost every club he has played for, and he still has so much more to give at the highest level."

Cavani won six Ligue 1 titles during his time with PSG and lifted the Copa America in 2011 with Uruguay.

"I have played in front of some of the most passionate supporters in football during my career and I know that it will be the same in Manchester," added Cavani. "I cannot wait to experience the Old Trafford atmosphere, when it is safe for the fans to return."

There was also a departure from Old Trafford on Monday as Chris Smalling secured a permanent move to Roma for 15 million euros after impressing for the Italians during a loan spell last season.

Manchester United Edinson Cavani English Premier League Football
Get the latest updates on ICC T20 Worldcup 2022, check out the Schedule and Live Score. Like us on Facebook or follow us on Twitter for more sports updates. You can also download the NDTV Cricket app for Android or iOS.