Tottenham Hotspur would have moved within two points of leaders Manchester City with a win at Turf Moor. 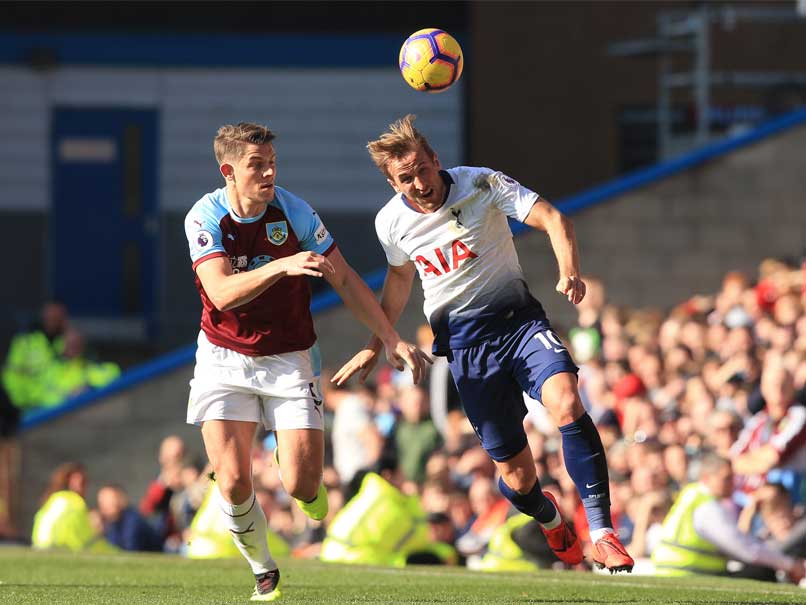 Mauricio Pochettino admitted his emotions got the better of him after Tottenham's Premier League title challenge suffered a crushing blow in a controversial 2-1 defeat against Burnley on Saturday. Pochettino's side would have moved within two points of leaders Manchester City with a win at Turf Moor. But they squandered the chance to enhance their title prospects with a sloppy display that saw Chris Wood put Burnley ahead after half-time. There was controversy about Wood's goal as it came from a corner that Tottenham felt shouldn't have been given.

But Pochettino's men had a break of their own when Kane, back after missing seven games with an ankle injury, capitalised on a throw-in that was taken in the wrong place.

At that stage, Tottenham looked poised to push on for a fifth successive league victory.

However, they paid the price for sloppy defending as Barnes struck with seven minutes left to extend Burnley's unbeaten league run to eight matches.

It was a bitter blow for third-placed Tottenham, who will be eight points off top spot if second-placed Liverpool, currently level on points with City, win at Manchester Unitedon Sunday.

Pochettino was fuming at full-time, confronting referee Mike Dean and his assistants on the pitch in a lengthy rant that showed his frustration at both Burnley's first goal and Tottenham's missed opportunity.

Television pictures seemed to show Pochettino and his assistant Jesus Perez reacting to something said to him by Dean and the Argentine reportedly carried on his finger-pointing protest in the tunnel.

But Pochettino refused to elaborate on the row, instead of admitting his out of character complaints were sparked by the tension of the title race.

"I believe before the game that if you want to be a contender you need three points. The emotions, sometimes we find answers and excuses to try to justify the defeat.

"It's not normal how I behave. Maybe it's because I knew before the game and after the game that it is going to be difficult to be a contender without three points."

Dean could be seen mouth "go away" as Pochettino stood inches from his face in an incident that is certain to be included in the referee's report and may earn the Tottenham boss a touchline ban.

"It is a situation that everyone on the touchline will complain, complain and complain. Sometimes we see things differently and try to back our player," Pochettino added.

"I will accept everything that happens (with a potential punishment). Hopefully, it is not going further."

Pochettino was raging on the touchline when Burnley snatched the lead with Wood's seventh goal in his last 10 games in the 57th minute.

When Tottenham defender Jan Vertonghen slid in to challenge Jeff Hendrick, a corner was given to Burnley even though the ball appeared to come off the Clarets man last.

From Ashley Westwood's corner, Tottenham went to sleep as Wood timed his run to climb above the statuesque Juan Foyth and Toby Alderweireld.

The New Zealand striker's powerful header hit the crossbar and bounced over the line before Tottenham goalkeeper Hugo Lloris could react.

Pochettino complained bitterly to the fourth official, but the Argentine's protests were quelled as Tottenham grabbed a controversial goal of their own eight minutes later.

Danny Rose took a Tottenham throw from several yards further forward than the spot the ball went out, and his delivery sent Kane racing clear on goal.

Kane showed he had lost none of his predatory instincts as he held off Ben Mee and slotted a cool finish past Heaton for his 21st goal of the season and his first since early January.

But it was Burnley who finished in the ascendency in the 83rd minute.

Johann Berg Gudmundsson seized possession in midfield and drove into the Tottenham area unchecked by the slow-to-react visitors.

Gudmundsson smashed a cross-shot towards the far post and, with Vertonghen unable to clear, Barnes had the simple task of tapping into the empty net.

Burnley Harry Kane Chris Wood Ashley Barnes Football English Premier League
Get the latest updates on India vs South Africa and check out  Schedule, Results and Live Score. Like us on Facebook or follow us on Twitter for more sports updates. You can also download the NDTV Cricket app for Android or iOS.