India vs England: Virat Kohli Professes His Love For 'The Most Beautiful Format Of Cricket'

Virat Kohli is dismayed at the way commercialisation is affecting the quality of cricket. 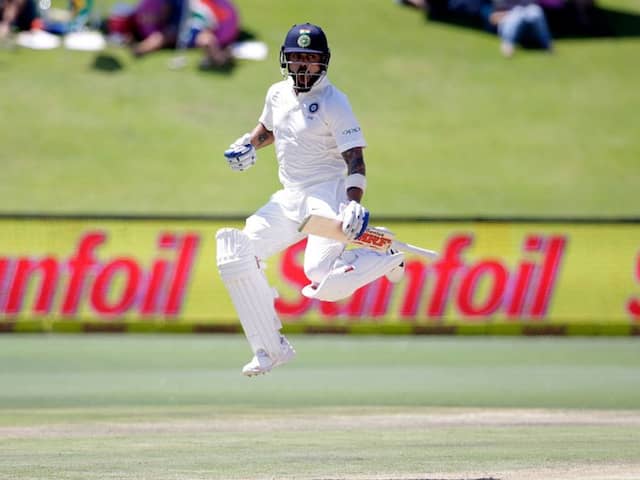 Kohli will lead his troops in the fourth Test against England that begins at the Rose Bowl on Thursday.© AFP

Team India skipper Virat Kohli, who also happens to be the number one Test batsman in the world, has expressed that he is absolutely in love with the traditional format of cricket. The modern-day great, who has excelled in different conditions across the world, believes that five-day cricket is 'the most beautiful format of the game'. "I think that if you really understand the sport, if you really love the sport, you understand Test cricket and you understand how exciting it is," Kohli was quoted as saying by icc-cricket.com.

"I cannot explain to you the job satisfaction that you get when you do well in Test cricket, because you know how demanding it is," Kohli added.

"It's the most beautiful format of the game. I don't think it's going to go anywhere. I don't even see it getting compressed to four days. It should not be tinkered with."

Dismayed by the way commercialism is taking over the game, the 29-year-old said that he feels sad as the real quality of cricket is getting affected.

"I'm already very... I wouldn't say frustrated, but sometimes it can get very demanding of you when you have to play so much cricket regularly. I feel somewhere the commercial aspect is taking over the real quality of cricket and that hurts me," Kohli said.

The India captain also stressed on the need to push and promote first-class cricket, and ensure the longest format of the game flourishes.

"If you're not going to give more importance to first-class cricket, then people are going to lose motivation to play the longest format of the game," he said.

"And with the T20 format coming in, I think there's a far greater responsibility on all the cricket boards across the world to treat first-class cricket really well. Because, if the facilities and the standard goes up, then the motivation always stays.

"You don't want players to get into that mindset where they're finding the easy way out."

On the work front, Kohli will lead his troops in the fourth Test against England that begins at the Rose Bowl on Thursday.

Although the hosts are leading the five-match series 2-1, the visitors would like to win in Southampton to keep the hopes alive of India's fourth-ever Test series win on English soil and first since 2007.

Virat Kohli England vs India, 2018 England vs India, 4th Test Cricket
Get the latest Cricket news, check out the India cricket schedule, Cricket live score . Like us on Facebook or follow us on Twitter for more sports updates. You can also download the NDTV Cricket app for Android or iOS.