Chris Froome was upgraded from second place and officially declared winner of the 2011 Vuelta a Espana after champion Juan Jose Cobo's doping ban was confirmed. 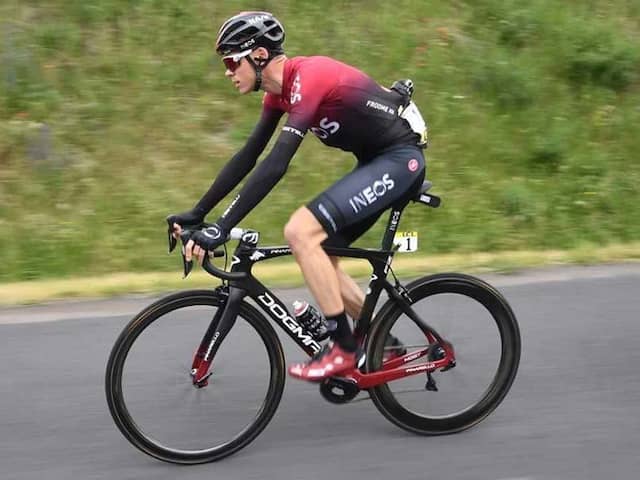 Chris Froome was unable to take part in this year's Tour de France because of a crash last month.© AFP

Chris Froome was upgraded from second place and officially declared winner of the 2011 Vuelta a Espana after champion Juan Jose Cobo's doping ban was confirmed. Froome, unable to take part in this year's Tour de France because of a crash last month, gains his second Vuelta title after victory in 2017 and his seventh career Grand Tour win following four Tour de France victories and his 2018 Tour of Italy triumph. The International Cycling Union (UCI) said Cabos had failed to appeal against a three-year ban imposed on him retrospectively earlier this year.

"The appeal period has expired so the three-year suspension of Juan Jose Cobo Acebo is in consequence confirmed," the UCI said in a statement.

On June 13 the Spaniard was found guilty of an anti-doping violation which involved the use of a banned substance in 2009 and 2011 based on abnormal results in his biological passport, the UCI said.

"Better late that never!" tweeted Froome whose retrospective promotion to first place makes him the first British rider to win one of the Grand Tours.

Bradley Wiggins, who held the honour until now, won his first Grand Tour, the Tour de France, in 2012.

News of Cobo's violation broke a day after Froome, 34, was  involved in a horror crash during practice for the Criterium du Dauphine on June 12. His devastating injuries including a fractured femur and cracked ribs, kept him from challenging for a record-equalling fifth Tour de France victory this month.

Froome's Team Ineos described the UCI decision as "especially positive" for Froome during his battle for recovery.