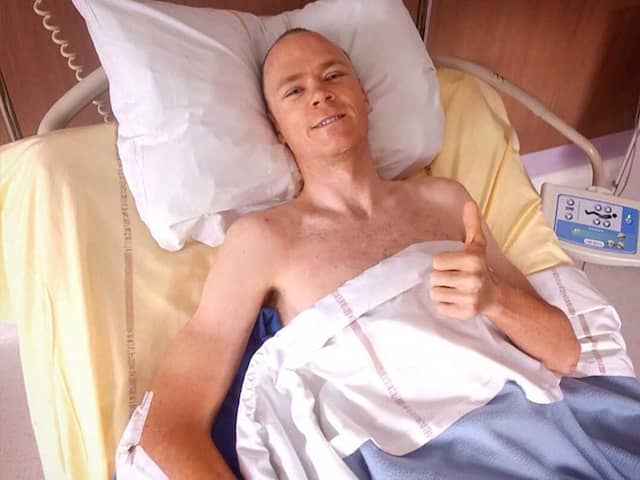 Reassuring that he is focussing on recovering well from an accident he recently suffered, four-time Tour de France champion Chris Froome has expressed his gratitude to the Team Ineos fans. Froome took a hand off his handlebars to blow his nose when a gust of wind caught his front wheel, causing him to hit a wall at speed on Wednesday, fracturing his right femur bone, hip, an elbow and several ribs during a reconnaissance ride of a stage of the Criterium du Dauphine race.

"Firstly, I just want to say a huge thank you to everyone who has sent their best wishes to me since the crash," Froome said late on Saturday, according to his team's website.

"This is obviously a tough time but I have taken a lot of strength from the support over the last three days. The outpouring of support has been really humbling and something I would never have expected," he added.

The 34-year-old Briton also thanked the Team Ineos doctor, Richard Usher, the emergency services and all those who provided him assistance.

"I know how lucky I am to be here today and how much I owe to all the paramedics and medical staff on the race," Froome stressed.

"Finally, I want to thank my wife Michelle and my family. They've been with me every step of the way and their love and support will motivate me to return as quickly as possible," he concluded.

Froome has been ruled out of this year's Tour de France, which starts on July 6.