The 36-year-old helped Pakistan win the second Test in Dubai in tandem with leg-spinner Yasir Shah, sharing 11 wickets between them. 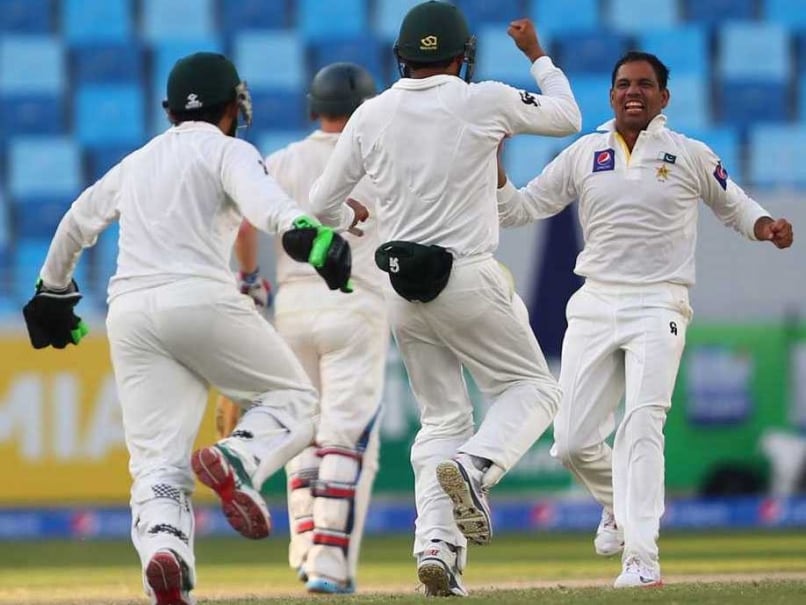 Veteran Pakistan spinner Zulfiqar Babar said on Friday his team needs to stay one step ahead of England when they meet in the third and final Test in Sharjah.(Stokes Hopes Hard Work Pays Off for England)

The 36-year-old helped Pakistan win the second Test in Dubai in tandem with leg-spinner Yasir Shah, sharing 11 wickets between them.

The duo have taken over from Saeed Ajmal and Abdul Rehman, who helped Pakistan rout England 3-0 in the United Arab Emirates three years ago.

Rehman is no longer in the reckoning while Ajmal has been struggling with a new bowling action after he was reported last year for his old action.

Babar said Pakistan are confident of winning the third Test starting in Sharjah from Sunday.

"The mood is confident and we want to win the match so that we can take the series and rise in rankings," Babar told media.

Pakistan will go to second in Test rankings, behind South Africa, if they win 2-0.

Babar admitted England have put up good resistance against Pakistan spinners on the challenging pitches in the United Arab Emirates.

"It's tough (bowling against them) because England are here well prepared so we have to use our variety," said Babar, crediting former Sri Lankan master batsman Mahela Jayawardene's help to English batsmen.

"They have come here well prepared and they employed Jayawardene as batting consultant, so they must have learnt good things from him, so we need to be one step ahead of them to get more success," said Babar.

Babar was left alone in the spin attack after leg-spinner Yasir Shah did not play in the drawn first Test in Abu Dhabi, where England posted a big 598-9 declared, due to a back problem.

"It was tough to get them in the first Test but then I realised that we can get the left hander by bowling in the rough and that gave me success," said Babar.

"It was difficult to be without Yasir and I missed him but (Shoaib) Malik also bowled well and in the second Test in Dubai Yasir came back and I enjoyed bowling with him.

"At times he contained and I attacked, and then he attacked and I contained, so you only get success when you contain and I will always do my part to help the team win," said Babar.

Comments
Topics mentioned in this article
Pakistan Cricket Team England Cricket Team Zulfiqar Babar Cricket
Get the latest updates on Olympics 2020, Olympics 2020 Medal Tally, Live Cricket Score . Like us on Facebook or follow us on Twitter for more sports updates. You can also download the NDTV Cricket app for Android or iOS.