Posting pictures with her husband Yuzvendra Chahal and two other RCB stars, Dhanashree Verma introduced the group as "The 5 am club". 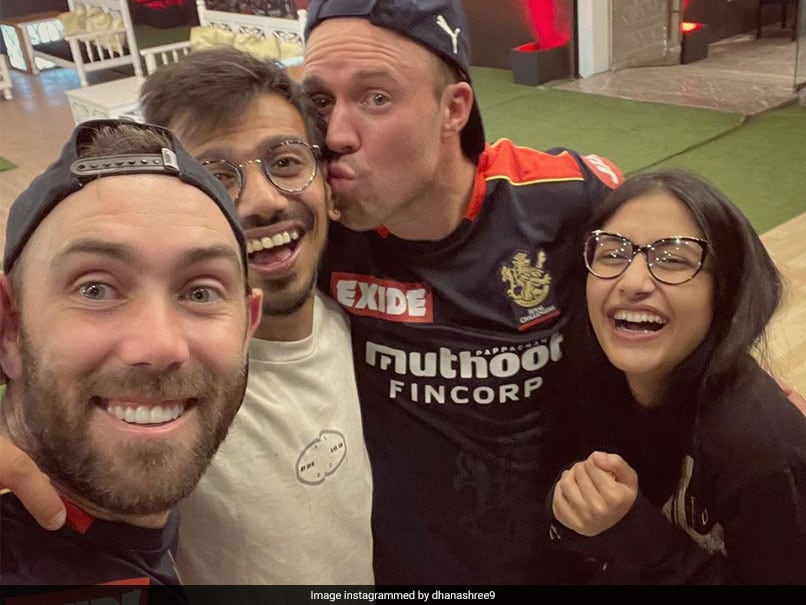 With Indian Premier League (IPL) 2021 now suspended indefinitely, the players have started to leave their respective bio-bubbles and are heading back to their families. After spending so much time together in the bio-bubble, saying goodbyes are always hard and it was quite evident in the pictures shared by Yuzvendra Chahal's wife Dhanashree Verma. Dhanashree posted several pictures with her husband, AB de Villiers and Glenn Maxwell on Instagram and introduced the group as "The 5 am club" and wrote that she was going to miss the "bubble family".

The Board of Control for Cricket in India (BCCI), after an emergency meeting on Tuesday, decided to suspend the IPL 2021 with immediate effect to safeguard the wellbeing of all the players and stakeholders involved .

The decision came after several players in the IPL bio-bubble tested positive for the coronavirus. While none of the RCB players had tested positive, their league match against Kolkata Knight Riders had to be rescheduled on Monday after two KKR players returned positive tests.

When the tournament was suspended, RCB were third on the points table after winning five of their seven league games. Above them were Delhi Capitals on top and Chennai Super Kings in second place.

After winning their first four matches, RCB lost twice in their previous three matches and dropped down in the points table. Despite a couple of setbacks, RCB were one of the most consistent sides this year, and with 10 points from seven matches they were looking strong to at least qualify for the knockout stages.

Glenn Maxwell IPL 2021 Cricket
Get the latest updates on SA vs IND 2021-22, check out the Schedule and Live Score . Like us on Facebook or follow us on Twitter for more sports updates. You can also download the NDTV Cricket app for Android or iOS.