In his latest tweet, Yuzvendra Chahal shared an old photo with Rohit Sharma where the two players can be seen laughing. 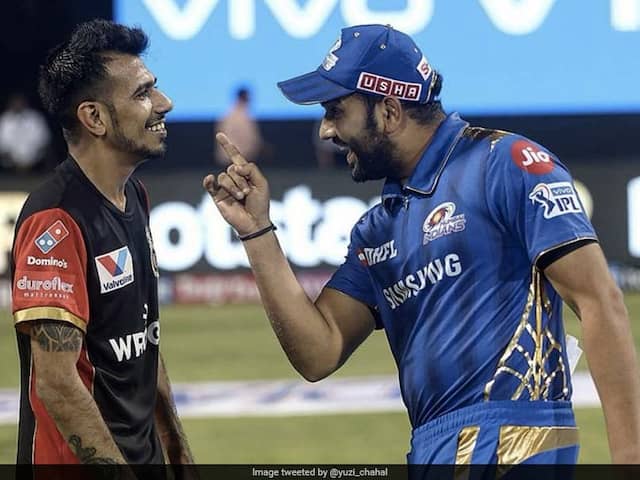 Because brothers don't let each other wander in the dark alone..!! ???????? #rohitaaasharaaamaaa ???? pic.twitter.com/lhukB0hsD3

Yuzvendra Chahal is one of the best leg-spinners in the country at the moment. The right-arm leg spinner made his debut for India back in 2016 against Zimbabwe in a One-day International. He was able to get a wicket on his debut game as well.

The leg-spinner has been an integral part of the Virat Kohli-led Royal Challengers Bangalore in the Indian Premier League. Yuzvendra Chahal joined the RCB team back in 2014. In his IPL career, Yuzvendra Chahal has featured in 84 matches and has scalped 10 wickets with an economy rate of 7.78. Chahal was supposed to play for the RCB in the 13th edition of the IPL. However, the BCCI decided to postpone the IPL as a safety measure against the coronavirus threat.