Yuzvendra Chahal's Chahal TV returned after a while as the coronavirus lockdown shut down all sporting activities. 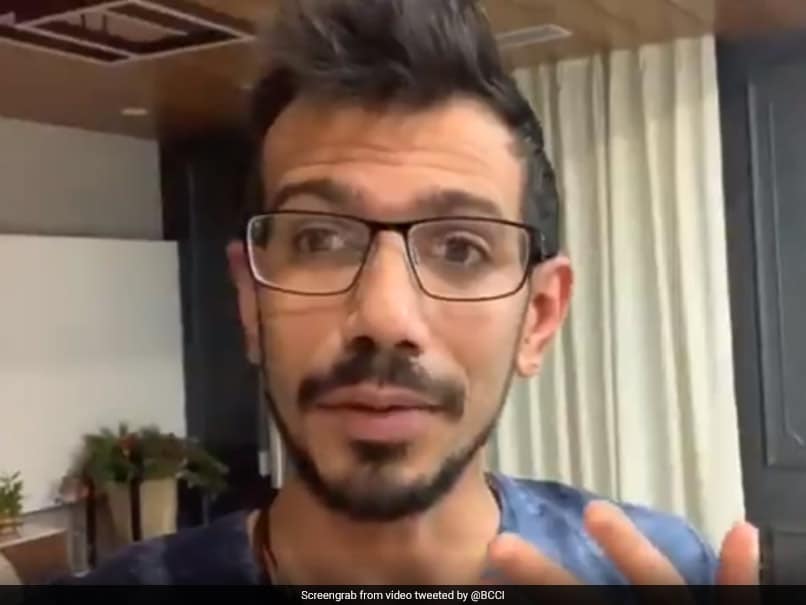 Yuzvendra Chahal has been a key cog for India in limited-overs cricket.© Twitter

Yuzvendra Chahal, the Indian leg-spinner, has been entertaining fans with his social media posts amidst the 21-day lockdown. During India's international matches the spinner is often seen hosting ‘Chahal TV' which has been quite a hit amongst fans. In a recent tweet by BCCI's official Twitter handle, the spinner is seen doing a "home edition" version of ‘Chahal TV' which is a first for him. In the video, Chahal is seen introducing his family members to fans and also gives a little tour of his home. In the video, he also appeals to fans to realise the importance of staying home and understand the seriousness of the situation in the fight against coronavirus.

Chahal has been a key cog for India in limited-overs cricket. The leg spinner made his ODI debut back in 2016 against Zimbabwe at the Harare Sports Club. Since then, Chahal has featured in 52 matches and scalped 91 wickets with an economy rate of 5.08 in ODI cricket.

Yuzvendra Chahal represents the Royal Challengers Bangalorein the Indian Premier League and has been a part of the team since 2014. However, Chahal made his debut in the IPL for Mumbai Indians back in 2013 in a match against the Kolkata Knight Riders.

With all sporting events being postponed or cancelled, Indian cricketers will be hoping to get back on the field as soon as things get back to normal in the country.

Royal Challengers Bangalore Cricket
Get the latest updates on IPL 2021, check out the IPL 2021 Schedule and Indian Premier League Live Score . Like us on Facebook or follow us on Twitter for more sports updates. You can also download the NDTV Cricket app for Android or iOS.