Yuvraj Singh trolled Kevin Pietersen after the former England cricketer posted a video of his 'switch hit' shot and captioned it: "Just dealing with pies" 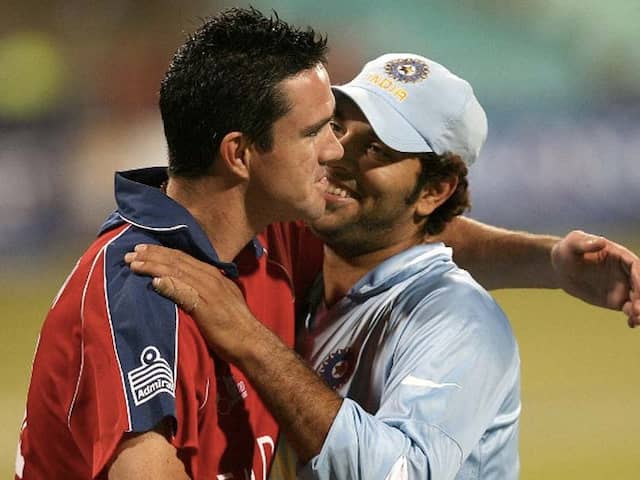 In 2008, England cricketer Kevin Pietersen had described Yuvraj Singh as a "pie-chucker", ridiculing the Indian all-rounder's bowling. Yuvraj, on his part, cited the occasions he got the England batsman out and said Pietersen was useless for his repeated failures to get the better of his bowling. Fast forward over a decade, and Yuvraj continues to ruffle the feathers of Pietersen. The former England star took to Instagram, and shared England's cricket's video of his masterful switch hit shot against New Zealand's Scott Styris, and captioned it, "Just dealing with pies".

"Well sometimes u slip on those pies too," wrote Yuvraj with a 'laughing' emoji. 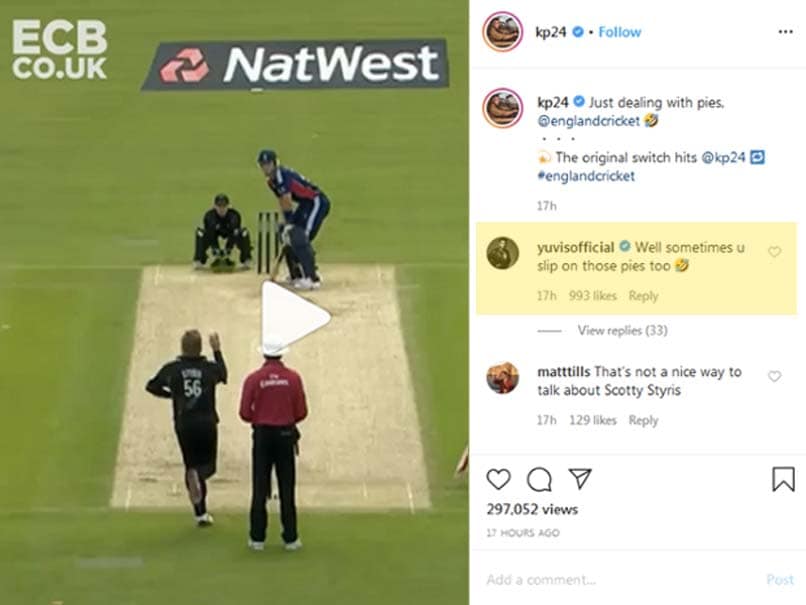 Following the back-and-forth in 2008 between two of the biggest names in cricket, the duo shared a good bond off the field.

Kevin Pietersen had also visited the Indian cricketer at his residence in Gurgaon in 2012, after Yuvraj had returned after undergoing cancer treatment in the United States.

"Great to hook up with the pie chucker...," Pietersen had tweeted after meeting Yuvraj.

Yuvraj, once a poster boy of Indian cricket, brought the curtain down on his international career in 2019, spanning close to 19 years and over 400 matches.