Raman, who had recently stepped down as Bengal coach said that he would return to coach Tamil Nadu, the team he had been in charge of for four years, until 2010. 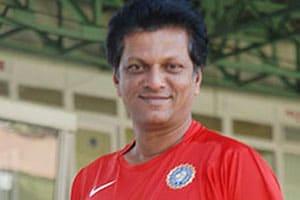 Woorkeri Raman, the former India opening batsman, will return as Tamil Nadu coach for the domestic season to follow after inking a two-year deal with the Tamil Nadu Cricket Association with the provision for a further extension.

Raman, who had recently stepped down as Bengal coach after three years in control, confirmed to Wisden India on Monday (July 22) that he would return to coach the team he had been in charge of for four years, until 2010.

"Quite obviously, when your home state wants you to come and help them out, you tend to lean towards it," Raman, 48, said. "You are a part of the Association, you have played for the state for a long time and you now have the opportunity of ensuring that the team is put back on track. Most of the boys who should figure in the scheme of things going forward were under me in my first stint here. Things have since gone southwards. That is probably the biggest attraction for me - to try and get them up and going again, like in my previous stint."

Tamil Nadu had a fairly disastrous last season, when VB Chandrasekar was the coach, as they failed to qualify for the knockout stages of the Ranji Trophy or the Vijay Hazare all-India 50-over tournament. "I can't really talk about what went wrong because I was completely away from what they are doing," said Raman. "I only saw them in a couple of games when they played against Bengal. What has happened is quite a few guys who have grown while others have lost their way a bit. But the big positive is that most of the boys are young and have age on their side. So it won't be difficult for me to pick up the pieces again.

"The idea is to try and ensure that each of them gets back on track," added Raman. "There could be a situation where the guys need a bit of fine-tuning of skills, and we need to see the mental side as well, plug the gaps if I see any. There is everything to be gained for the individuals and for the team. It should be a fairly interesting and challenging next few years.

"The situation is only slightly different from when I first took over as Tamil Nadu coach, some seven years back. At that time, there was a state of confusion and we had to rebuild completely in that we had a very young side for the first two seasons, and then focus on consolidation," Raman, one of the more respected coaches on the domestic circuit, said. "A lot of youngsters came in to the side and therefore no one could realistically expect great things of them then. But since then, some of them have gone on to really make mark. When I left Tamil Nadu for Bengal in 2010, I thought the team was settled and would remain largely unchanged for the next 5-6 seasons, which is why I embarked on a fresh challenge.

"Now, there are quite a few experienced guys as opposed to my first spell. But the basic principle is the same - a case of reining in the boys. Because of the experience factor now, it is not really a fresh start in that context, but in other ways, it is a fresh start. We have to see how much they have deviated from the norm individually and collectively, and get them back to as close as possible to the norm."

Tamil Nadu had multiple captains last season due to various reasons, and Raman insisted it was imperative the team looked up to one leader. "It's very critical that someone who is available for all games leads the side," he said. "That will mean there is continuity, and there won't be any confusion among the boys. When you have captains coming and going, they all have different ways of handling the side and that is not the ideal situation."

The Bengal stint, Raman said, had been a positive one. "Quite a few guys stepped up to the highest level. Mohammed Shami has gone on to play for India, while Anustup Majumdar, who was in and out of the Bengal side previously, climbed up the rungs to play for India A," Raman pointed out. "We won a couple of titles - one Vijay Hazare title, one Syed Mushtaq Ali all-India T20 title. Of course, the record could have been better in the Ranji Trophy but I think the main reason is that the boys didn't get enough opportunities to play longer duration matches locally to help temperament-building. They only go to their cricket skills-set practice after the monsoon, which left them with very little preparation time before the first-class season. But overall, I view it as a worthwhile and reasonably successful outing."

Comments
Topics mentioned in this article
Cricket Pankaj Dharmani Woorkeri Venkat Raman Volleyball Kings XI Punjab BEN TN
Get the latest updates on ICC Women's Cricket World Cup 2022 and IPL 2022, check out the Schedule , Live Score and IPL Points Table. Like us on Facebook or follow us on Twitter for more sports updates. You can also download the NDTV Cricket app for Android or iOS.