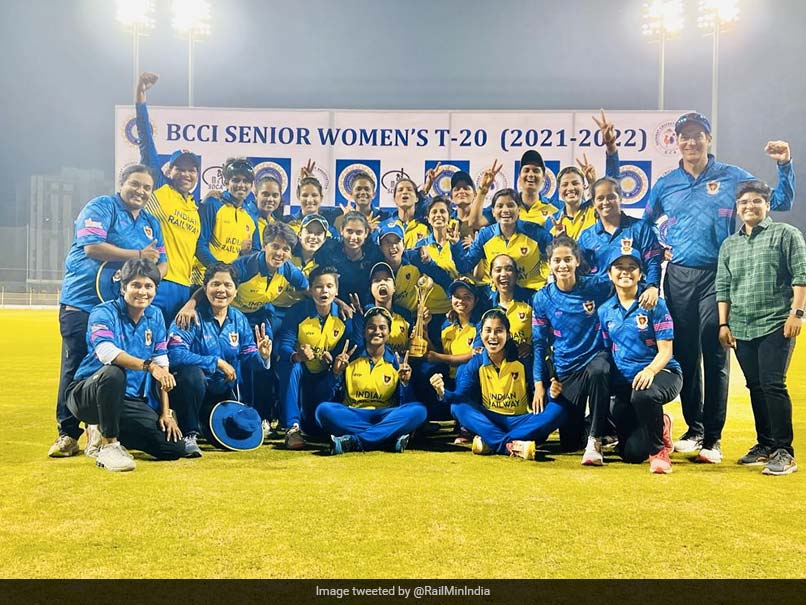 Maharashtra skipper Smriti Mandhana's 84 went in vain as Railways defeated Maharashtra by seven wickets to win the senior women's T20 tournament in Surat on Wednesday. Electing to bat, Maharashtra rode on Mandhana's 84 off just 56 balls to post a challenging 160 for four. In reply, opener S Meghana (52) and D Hemalatha (65) slammed half-centuries as Railways chased down the target with 11 balls to spare. Left-handed batter Mandhana toyed with the Railways attack as she hammered 11 boundaries and three maximums and forged a 74-run stand with opener Shivali Shinde, who chipped in a 30-run knock.

Mandhana anchored the innings even as the other batters faltered.

For Railways, off-spinner Swagatika Rath was the pick of bowlers as she returned with figures of 3 for 33, while skipper Sneh Rana snapped one wicket.

She was dismissed in the 17th over, but by then the damage had been done.

K Anjali Sarvani (26 not out) and Sneh Rana (6 not out) then ensured that there were no further hiccups as Railways chased the target with ease.

Comments
Topics mentioned in this article
Smriti Mandhana Cricket
Get the latest updates on Fifa Worldcup 2022 and check out  Fifa World Cup Schedule, Stats and Live Cricket Score. Like us on Facebook or follow us on Twitter for more sports updates. You can also download the NDTV Cricket app for Android or iOS.