Thankfully, Renegades' blushes were saved in the super over afterJess Duffin picked up a single to win the match. Sixers could only manage 8/2 in their super over.Earlier, the Renegades had posted 120/7. 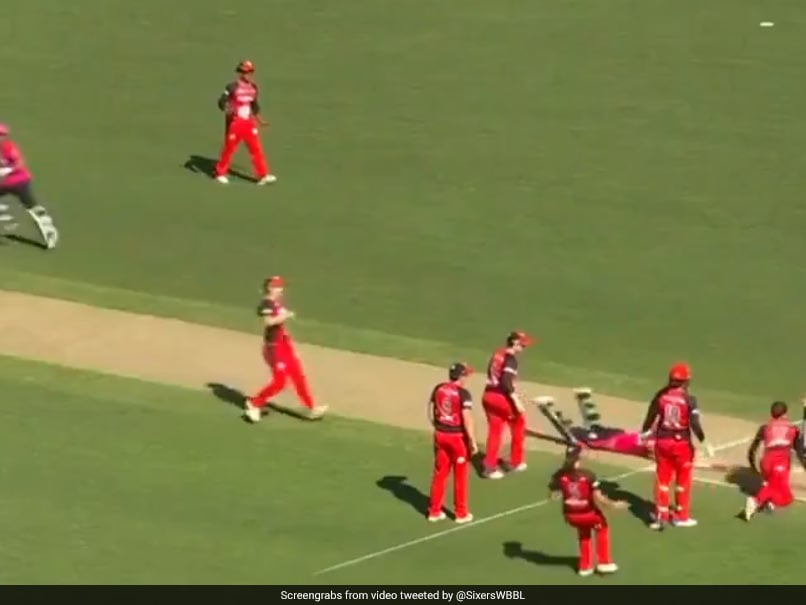 The WBBL witnessed a thriller between Melbourne Renegades and Sydney Sixers.© Twitter

The Melbourne Renegades won a nail-biting contest against Sydney Sixers in the Women's Big Bash League on Wednesday. However, the match will be remembered for the Renegades' premature victory celebration that almost cost them the win. Sarah Aley, with Sixers needing three off the final ball for the win, inside-edged Amy Satterthwaite to short fine leg for a single. As soon as Kris Britt threw the ball to her, keeper Emma Inglis launched into a celebration without breaking the wickets. Aley quickly took the second run to tie match despite Sattherthwaite's desperate attempt to run her out.

?? > INSANE! It doesn't get much crazier than this!

Incredibly intelligent cricket from Sarah Aley on the final ball of our innings forces a SUPER OVER against @RenegadesWBBL! ??#smashemsixers pic.twitter.com/WG5ofYAMWF

The stunned fielding side then looked at the umpires hoping it could be ruled a dead ball. That wasn't to be the case as the match headed to a super over.

Thankfully, Renegades' blushes were saved in the super over after Jess Duffin picked up a single to win the match. Sixers could only manage 8/2 in their super over. Earlier, the Renegades had posted 120/7.