New West Indies Test captain Kraigg Brathwaite said Jason Holder did "a superb job" leading the Test team for more than five years and it's a privilege to be taking over from him. 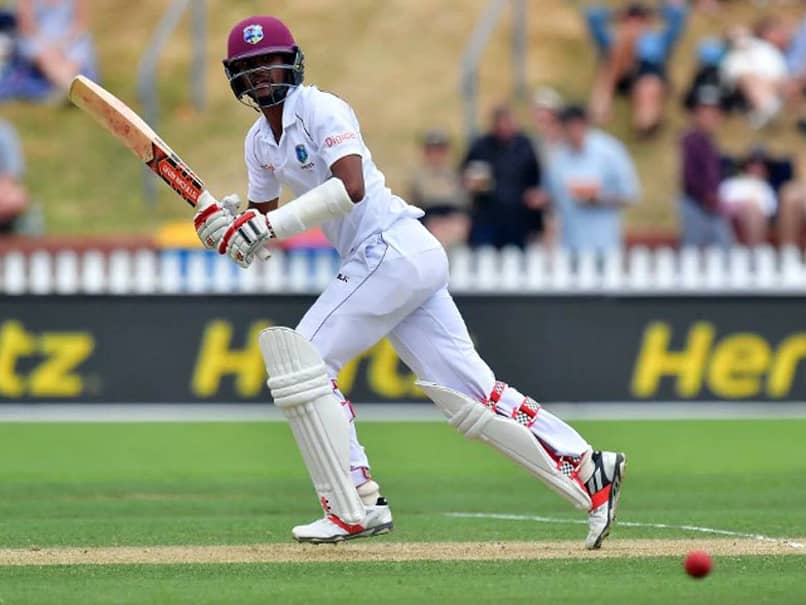 West Indies' newly-appointed Test skipper Kraigg Brathwaite has said it's a "privilege" to take over the reins from Jason Holder, who remains a key member of the side. Cricket West Indies (CWI) on Friday announced that Brathwaite will replace Holder as the West Indies Test captain. Brathwaite, who has previously led the team in seven Tests whilst deputising for Holder, including the recent 2-0 Test series win away to Bangladesh, becomes the 37th Test captain of the West Indies.

Ahead of the two-match Test series against Sri Lanka, Brathwaite lauded Holder for his services to the West Indies side in recent years.

"I just want to thank god for giving me this opportunity, and also want to say I thought Jason Holder did a superb job leading the Test team for the last five years, so obviously taking over from him is a privilege," ESPNcricinfo quoted Brathwaite as saying.

"I was very happy [to be made captain], obviously very proud, and I look forward to the challenge," he added.

Last month, after a torrid show in the white-ball format, West Indies clean-swept Bangladesh in the Test series which saw some remarkable performances from the visitors.

Brathwaite, who had captained West Indies in the Test series, said he made sure the players always believed in their abilities and had a winning attitude.

"Well, I really enjoyed that tour. For me, I just made sure I let the guys know, to believe in themselves and believe in their ability," said Brathwaite.

"I've played youth cricket with most of those guys, and if not, first-class cricket for a number of years, so I know the ability they have. Just assured them that they can do it.

"Just trust in your plans and believe in them, and prepare well. The word attitude is always key, and I thought we did that well, and it's important for us as a team to continue that same attitude," he added.

The Test squad features several players who recently participated in the 2-0 victorious Test series in Bangladesh.

Two senior players who did not play in the Bangladesh series, all-rounder Holder and left-handed batsman Darren Bravo, have returned to the Test squad which will be led by Brathwaite.

The first Test will be played at the Sir Vivian Richards Stadium from March 21-25.