Why Did Board Elect a Person Who Couldn't Communicate? Supreme Court Asks BCCI

The Supreme Court is hearing the Lodha panel's recommendations on reforms and structural changes in the BCCI. The bench is firm on age, tenure caps in the Board. 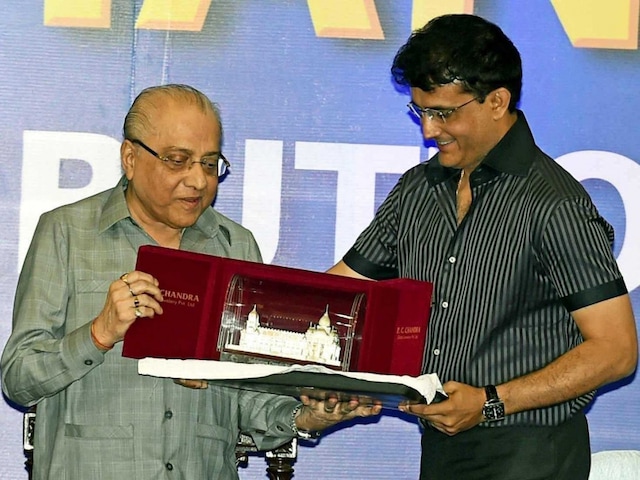 Jagmohan Dalmiya, who was appointed as the Board of Control for Cricket in India president in 2015, died at the age of 75 in 2015.© PTI

The Supreme Court on Friday once again told the Board of Control for Cricket in India that enforcement of age and tenure caps were mandatory.

The RM Lodha panel, which was commissioned by the apex court in the wake of the 2013 IPL scandal, in January had suggested a slew of reforms for greater transparency in the BCCI.

The Supreme Court on Friday said: "Why 70? They (BCCI office bearers) should quit at 60. There is a limit when you should say enough is enough.

"The past president of BCCI (Jagmohan Dalmiya) could not communicate. Why did those who elected him not see? BCCI president has been given five years more than Supreme Court judges," the bench said.

Dalmiya passed away in September last year. He was 75. Dalmiya's position was taken by Shashank Manohar of Vidarbha Cricket Association. Manohar, reportedly, could step down as BCCI chief in a bid to take up the role of chairman of the International Cricket Council.

The Supreme Court seems determined to implement the proposals made by the Lodha panel. The BCCI has also started making structural changes. It has recently appointed a CEO, the first time ever in its history.

"The disease (in BCCI) was so deep rooted that it could not have been healed with medicines. It needed a surgery. Hence a competent committee was formed to do it," said the Supreme Court on why the Lodha panel was appointed.

It was the turn of the Odisha Cricket Association to argue against the one-state-one-vote proposal made by the Lodha panel.

OCA said: "Territorial classification is not correct classification. (It) would result in down spin of the game if associations from North-east become full members and made to play against stronger teams "

The Supreme court countered: "What is your problem, weaker teams will get beaten? You don't want to play against them? Afghanistan played in the World Cup. Look at Bangladesh's turnaround..."

The court once again took a dig at the BCCI's system of fund allocation.

The hearing will continue on Monday.

Comments
Topics mentioned in this article
India Cricket Team BCCI Jagmohan Dalmiya Cricket
Get the latest Cricket news, check out the India cricket schedule, Cricket live score . Like us on Facebook or follow us on Twitter for more sports updates. You can also download the NDTV Cricket app for Android or iOS.