Cricket South Africa is putting 'conditions' to their players' participation in the Indian Premier League. 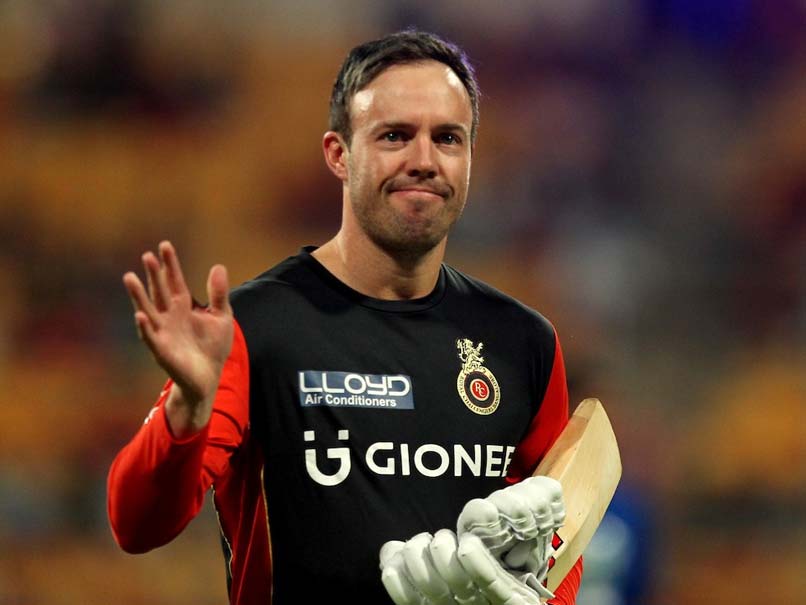 AB de Villiers has been a key player for Royal Challengers Bangalore in the IPL.© BCCI

The Indian Premier League (IPL) is undoubtedly the biggest T20 tournament in the world. Despite franchise-based leagues mushrooming across the globe, the IPL still remains a players' favorite, not only due to monetary gains but also the cricket-mad crowds in India. However, the future editions of the IPL may not be as exciting as the last 10 due after two boards - Cricket South Africa and Cricket Australia - hesitating to grant permission to their players to participate in the tournament.

Cricket South Africa (CSA) chief executive Haroon Lorgat has shot off a letter to the Board of Control for Cricket in India (BCCI) CEO Rahul Johri, 'requesting' him to confirm India's tour of South Africa that is scheduled for a Boxing Day start. Lorgat has stated that CSA would only allow players to play in the IPL once BCCI confirms the tour dates.

"I didn't even bother to communicate. We will communicate when the time is right," Johri told the Times of India.

On the other hand, CA has made some advances towards the key players in an attempt to woo them away from the cash-rich league. The offer comes in the shape of multi-year central contracts, said the Sydney Morning Herald which reports that Pat Howard, CA's Executive General Manager of team performance, made the approaches at a time when the governing body and the Australian Cricketers' Association are in dispute over a new pay deal for the players.

Players like AB de Villiers, Chris Morris, Kagiso Rabada and Quinton de Kock are some of the most sought-after players in the IPL. If the stand-off between BCCI and CSA continues, there could be a situation where the latter prevents players from taking part in the IPL.

CSA recently voted against the BCCI at ICC's Dubai meeting where India's revenue was witnessed a significant reduction.

Comments
Topics mentioned in this article
South Africa Cricket Team AB de Villiers IPL 2017 Cricket BCCI
Get the latest updates on India vs England Series, India vs England , live score and IPL 2021 Auction . Like us on Facebook or follow us on Twitter for more sports updates. You can also download the NDTV Cricket app for Android or iOS.