"You Have To Bat At 3," Ganguly Told Dhoni. What Happened Next

MS Dhoni made his international debut in 2004 under the captaincy of Sourav Ganguly in 2004 against Bangladesh in Chittagong. 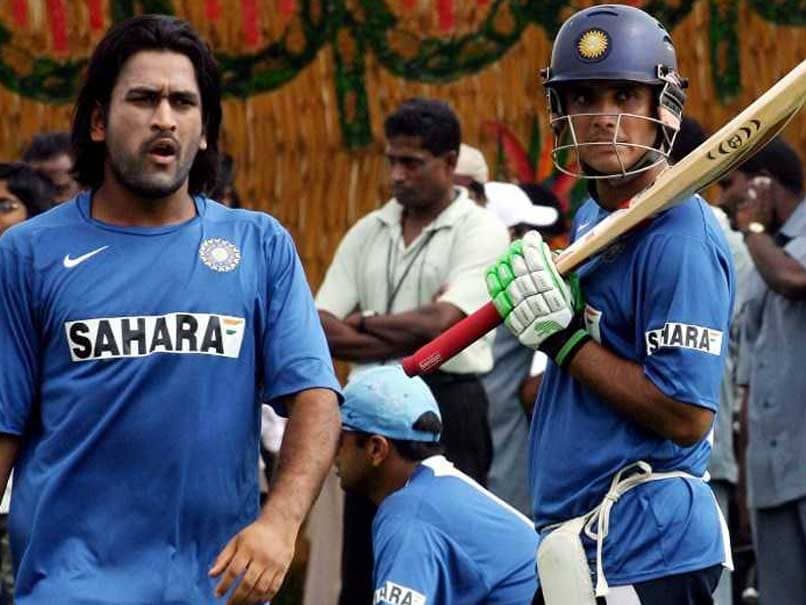 Former India captain Sourav Ganguly is regarded one of the best captains India have ever produced. Ganguly has shaped many careers and Mahendra Singh Dhoni is one of them. Dhoni made his international debut in 2004 under the captaincy of Ganguly in 2004 against Bangladesh in Chittagong. Ganguly, who played 113 Tests and 311 ODIs for India, revealed that how he spotted talent in Dhoni. Ganguly shared the instance when he asked Dhoni to bat up the order.

"When Dhoni came into the team in 2004, he played the first two matches at No.7. We were playing Pakistan at Vizag even when the team was announced after the team meeting Dhoni was at 7," Ganguly recalled.

"I was watching news sitting in my room and thinking how to make him (Dhoni) a player, I knew he had a lot of potential. Next morning after we won the toss I thought let me send him at 3 will see whatever happens." Ganguly said during the latest episode of the Breakfast with Champions series.

Ganguly's experiment worked in India's favour as Dhoni sent Pakistan bowlers on a leather hunt, scoring a magnificent 148. His innings was studded with 15 boundaries and 4 sixes. India had won the match by 58 runs and Dhoni was adjudged the Man of the Match for his superb show.

MS Dhoni Cricket Sourav Ganguly
Get the latest updates on India vs Australia Series, check out the India vs Australia Schedule for 2020-21 and Ind vs Aus live score . Like us on Facebook or follow us on Twitter for more sports updates. You can also download the NDTV Cricket app for Android or iOS.