Western Australia No. 11 Liam O'Connor kept out the last ball of a first-class match to help his team pull off a great escape against South Australia in a Sheffield Shield tie. 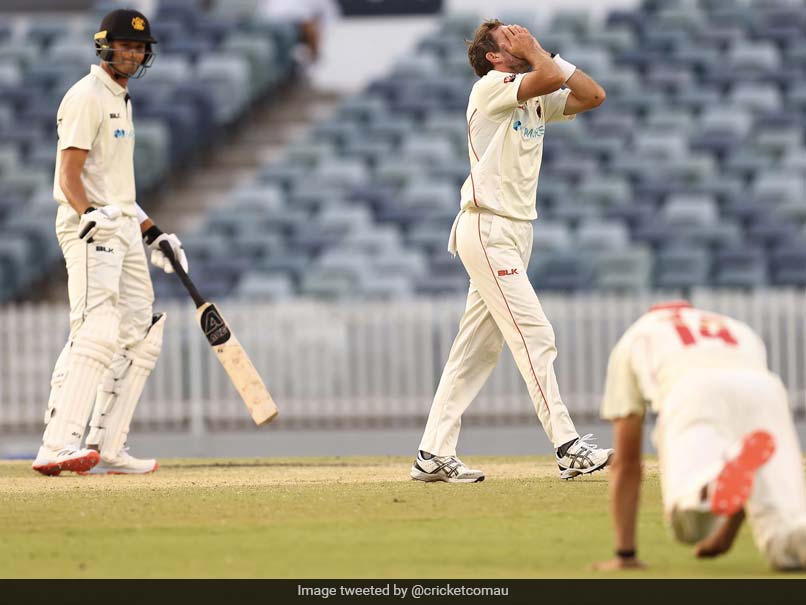 Western Australia (WA) survived by the skin of their teeth in a Sheffield Shield match against South Australia (SA) at the WACA ground on Sunday as WA's No. 11 Liam O'Connor kept off the last delivery of the match and survived 11 balls along with No. 9 Cameron Gannon. There was drama on the last delivery as the ball took an edge off O'Connor's bat and was in the air for a while before landing safely away from a packed slip cordon and close-in fielders.

One ball remaining. One wicket needed. No.11 on strike

At Stumps on Day 3, South Australia were 142 for 4 in the second innings but the game moved swiftly on the final day as Western Australia endured a collapse to slip to 88 for 5 at one stage before Shaun Marsh (45 off 92) and Hilton Cartwright (25 off 122) rescued them.

However, Daniel Worrall dismissed Cartwright as well as Matthew Kelly and No. 10 Liam Guthrie to reduce Western Australia to 143 for 9 in the 72nd over.

The hosts added just five more runs to the score before stumps were drawn but crucially didn't lose their last wicket.

South Australia players moaned in exasperation after the last ball was safely negotiated by O'Connor.

Shaun Marsh Hilton Cartwright Cricket
Get the latest updates on Fifa Worldcup 2022 and check out  Fifa World Cup Schedule, Stats and Live Cricket Score. Like us on Facebook or follow us on Twitter for more sports updates. You can also download the NDTV Cricket app for Android or iOS.