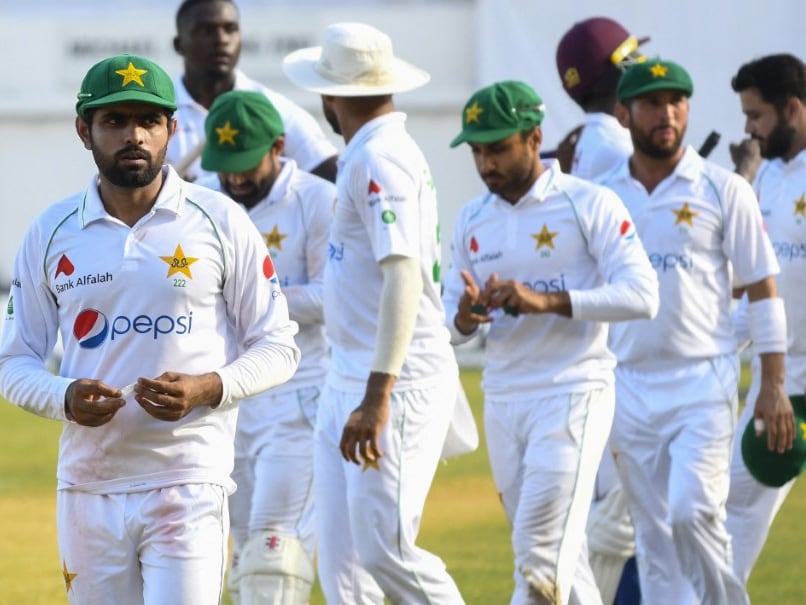 Pakistan bowling coach Waqar Younis said the team's sloppy fielding tilted the first Test in favour of the West Indies. Kemar Roach's resilience and grit helped West Indies walk away with a one-wicket victory over Pakistan in the first Test of the two-match series at Sabina Park in Kingston on Sunday. "We would not get a better advertisement for the beauty of Test cricket. Both teams fought very well but unfortunately, we didn't avail some good opportunities at a crucial stage of the match which cost us at the end," Waqar said in a release issued by Pakistan Cricket Board (PCB).

"The pitch was conducive to seam bowling and our pacers bowled really well. Undoubtedly, It was a low target that we had to defend yet we fought really hard and it was only some dropped catches that took the game away from us," he added.

The legendary pacer also admired the efforts of Pakistan bowlers. "I am very proud of my bowlers. Shaheen Shah Afridi and Hasan Ali bowled brilliantly. I have full confidence on the abilities of Mohammad Abbas. He was very impressive in the match but unfortunately, he didn't get many wickets," said Waqar.

The former bowler expressed hope that Pakistan would stage a better show in the last Test match against the host nation commencing from Friday.

"We must admire Babar Azam for the way he kept his nerves and took some good decisions as captain in the last match," said Waqar.

"Leggie Yasir Shah is a match-winner and we are fortunate to have Nauman Ali as a good back-up spinner. We will go with a positive mindset in the second game and try to do better," he added.

West Indies Cricket Team Waqar Younis
Get the latest updates on ICC Women's Cricket World Cup 2022 and IPL 2022, check out the Schedule , Live Score and IPL Points Table. Like us on Facebook or follow us on Twitter for more sports updates. You can also download the NDTV Cricket app for Android or iOS.