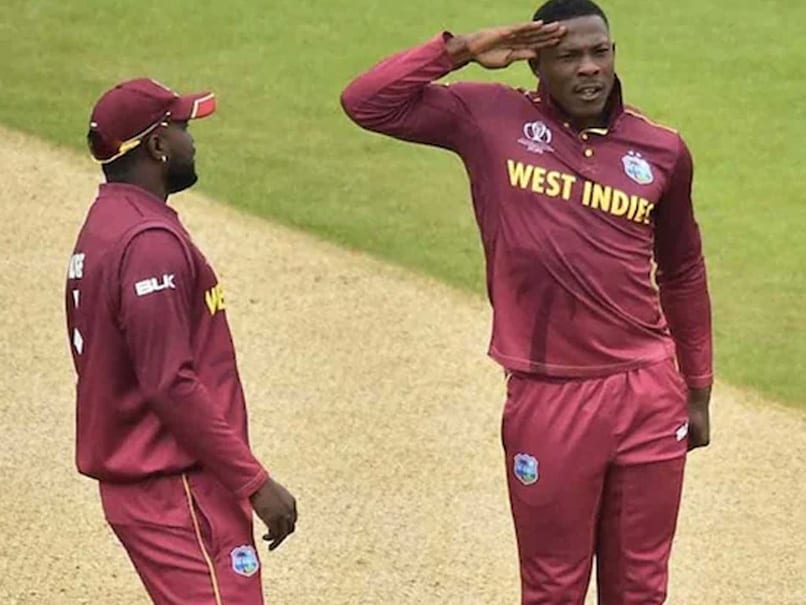 WI vs AUS: Sheldon Cottrell was recalled to the ODI squad of West Indies.© AFP

West Indies on Wednesday recalled fast bowler Sheldon Cottrell, batsman Shimron Hetmyer and all-rounder Roston Chase to their ODI squad for a three-match home series against Australia. The three-match series will be played at Kensington Oval in Barbados on July 20, 22 and 24. It will be Australia's first tour of the West Indies since a tri-nation series in 2016. West Indies last played the longer white-ball format in March when they swept Sri Lanka 3-0. Since then they have drawn a two-Test series with Sri Lanka and then lost a five-match home T20 series to South Africa 3-2 earlier this month, both with very different squads.

"This squad is coming off a comprehensive series win against Sri Lanka which should boost their confidence going into what is expected to be a tougher contest against Australia," said lead selector Roger Harper.

Before the ODI games, the two teams will play a five-match T20 series in St Lucia starting on Friday.

Shimron Hetmyer Roston Chase Cricket
Get the latest updates on ICC T20 Worldcup 2022, check out the Schedule and Live Score. Like us on Facebook or follow us on Twitter for more sports updates. You can also download the NDTV Cricket app for Android or iOS.