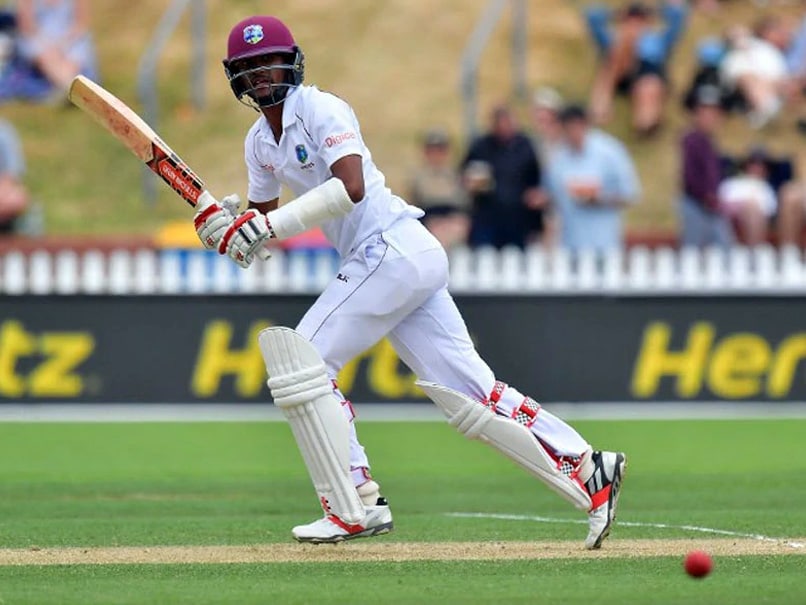 Kraigg Brathwaite was one of the heroes of West Indies' shock win at Headingley in 2017.© AFP

Kraigg Brathwaite is eager to put advice from West Indies batting great Desmond Haynes to good use during next month's Test series in England. Brathwaite was one of the heroes of West Indies' shock win at Headingley in 2017 with scores of 134 and 95. Yet the 27-year-old has not made a Test fifty for nearly two years. But prior to coming to England for July's three-match 'bio-secure' series, Brathwaite consulted Barbados and West Indies opening predecessor Haynes, who scored over 7,000 runs in his Test career.

"I had some words with Sir Desmond back in Barbados," said Brathwaite in a conference call Wednesday from his the West Indies' training base at Old Trafford, the venue for the second and third Test after a series opener at the Ageas Bowl.

"We've always had a relationship, he was team manager of the Barbados team when I first started, so I had some chats with him. He was an opener as well so it was beneficial for me.

"It was a lot about keeping it simple, not over-complicating things too much. Spending time is crucial in Test cricket and it's important for any batsman."

The Headingley match showcased Brathwaite's patience at the crease and it's a quality the tourists are likely to need again after fellow batsmen Darren Bravo and Shimron Hetmyer declined to tour Englandthis time around amid the coronavirus pandemic.

"We've got to buckle down and show discipline," said Brathwaite.

"Discipline can carry you a long way in Test cricket as a whole and particularly playing in England when the ball is moving.

"If you can be disciplined for the whole day, not just half an hour or an hour, I think that will lay a platform for big runs."

West Indies beat England 2-1 in the Caribbean in 2019 and coach Phil Simmons said last week it was vital the likes of Brathwaite raised their game if they were to retain the Wisden Trophy.

"There's a lot of pressure on the batsmen to perform because the bowling unit have been carrying the Test team for a while now," said Simmons.

"It's something that we have been on a lot, not to put extra pressure on but we need to get that total of 400-450 in order to give (support to) this bowling unit - which I think is a top-class bowling unit, the fast bowlers especially."

West Indies Cricket Team
Get the latest updates on IPL Auction 2023 and check out  IPL 2023 and Live Cricket Score. Like us on Facebook or follow us on Twitter for more sports updates. You can also download the NDTV Cricket app for Android or iOS.