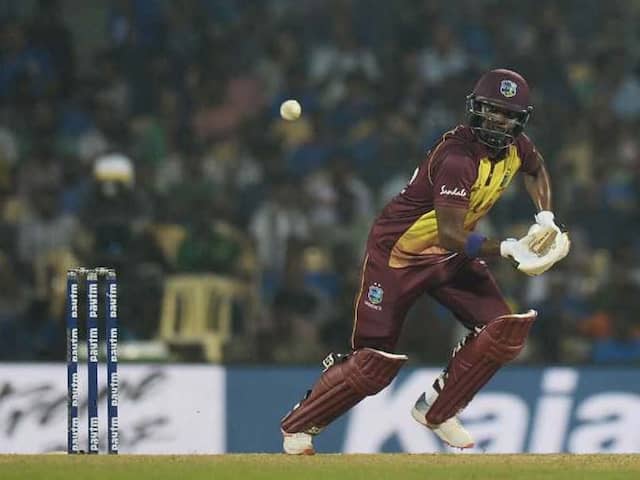 Darren Bravo last played an ODI for the Windies in 2016.© AFP

Middle-order batsman Darren Bravo was recalled Wednesday after more than two years away from ODI cricket as the Windies named a 15-man squad for their three-match series against Bangladesh. Left-handed Bravo won the last of his 96 one-day international caps against Pakistan in October 2016, but returns after featuring in the Windies' recent Twenty20 series in India. Regular T20 skipper Carlos Brathwaite and Roston Chase were also brought back for the ODI series starting in Dhaka on Sunday.

In the absence of injured Jason Holder, batsman Rovman Powell was named interim captain as the visitors seek to make amends for their 2-1 home series defeat to Bangladesh in July.

"With two more ODI Series before the 2019 World Cup, the Bangladesh series allows us to narrow our search for our final 15-member World Cup squad," chairman of selectors Courtney Browne said in a statement.

"Darren's experience will add value to the batting, which in turn will place selection pressure for spots in the squad."

The second and third matches of the series will be held on December 11 and 14 in Dhaka and Sylhet.

Bangladesh swept Windies 2-0 in the recent Test series, with the second Test wrapping up Sunday inside three days as the Tigers recorded their first-ever victory by an innings margin.

The Caribbean visitors made just 111 runs in their first innings -- the lowest Test score ever recorded against their hosts -- to become the first side Bangladesh has ever asked to follow-on.