The breaches occurred within the hotel where the team is based during the quarantine period and there was no risk to the general public. 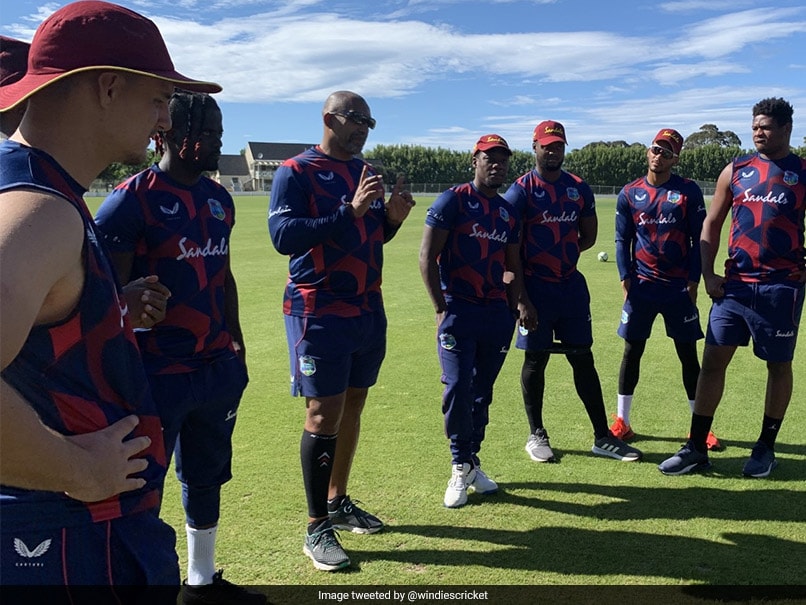 A special dispensation allowing the West Indians to train during quarantine has been revoked.© Twitter

The West Indies cricket squad was rebuked on Wednesday for repeatedly breaking Covid-19 isolation rules inside their team hotel in New Zealand, prompting health authorities to revoke their training privileges. Cricket West Indies chief Johnny Grave said he was "bitterly disappointed" at the breaches, which he said had the potential to jeopardise the entire tour. "They've let themselves down, let West Indies cricket down and potentially put the tour at risk and the New Zealand population at risk," the Antigua-based administrator told Kiwi reporters in a hastily arranged conference call.

The cricketers are undergoing a mandatory 14-day quarantine in Christchurch, but the health department said they had not abided by strict bio-security protocols requiring the squad to stay in two separate bubbles.

"Members of the team were confirmed to have repeatedly broken managed isolation rules," director-general of health Ashley Bloomfield said in a statement.

"Many of these incidents have been captured on CCTV and have also been reported by staff. The incidents include groups mingling and sharing food."

Bloomfield said the breaches all occurred within the hotel where the team is based during the quarantine period and there was no risk to the general public.

He said a special dispensation allowing the West Indians to train during quarantine had been revoked, adding: "It is a privilege to come here but in return, they have to stick to the rules."

Grave said the training ban was a "huge blow" but he agreed with the move, acknowledging New Zealand had worked hard to contain the coronavirus to a level where domestic life in the country is near-normal.

He was surprised his players had failed to follow the rules, saying they had experienced similar bio-secure bubbles touring England and competing in the Caribbean Premier League.

While such environments were challenging for players, Grave said they were the only way cricket could be played in the current environment.

"I am sympathetic, but at the same time I'm also bitterly disappointed," he said.

Grave said Cricket West Indies was launching an internal investigation and would interview all players to determine what occurred.

The health department said it would provide evidence to the probe and leave it to the governing body to determine if disciplinary action was needed against individual players.

It said the West Indies were in their 12th day of isolation and, if all players were virus-free, they would depart Friday for Queenstown, where they have warm-up matches against New Zealand A.

The first of three Twenty20 internationals against the Black Caps is scheduled for November 27 at Eden Park, followed by two Tests.