Adam Voges was bowled in the last over of the day by Doug Bracewell, only for umpire Richard Illingworth to signal a no ball. Television replays, however, confirmed it was a legitimate delivery. 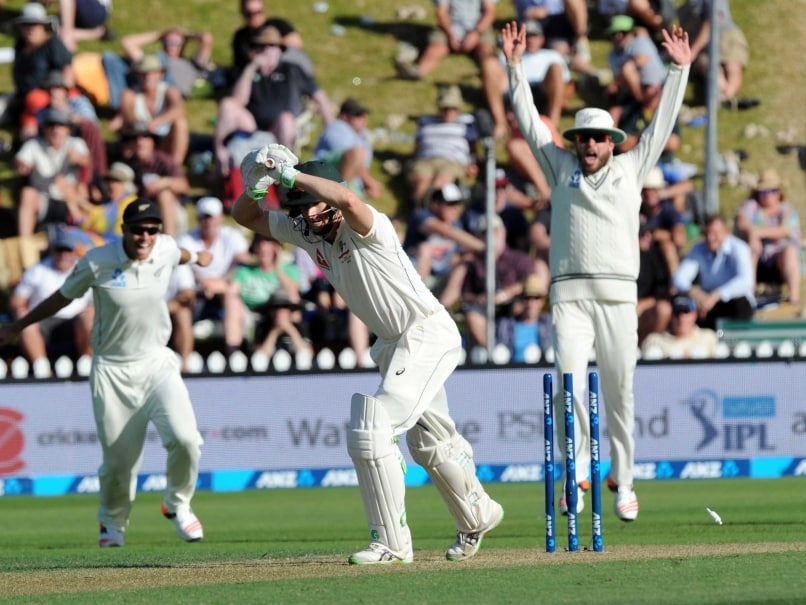 Adam Voges was bowled by Doug Bracewell before umpire called it a No Ball.© AP
Wellington:

The Australia-New Zealand cricket series faced a fresh umpiring drama on the opening day of the first Test in Wellington Friday with Australian batsman Adam Voges given a reprieve after being bowled.

After New Zealand were swiftly dismissed for 183 Australia were well on top at 147-3 at stumps but could just as easily have been four down.

Voges was bowled in the last over of the day by Doug Bracewell, only for umpire Richard Illingworth to signal a no ball.

Television replays, however, confirmed it was a legitimate delivery.

Australian bowler Josh Hazlewood, the tourists' chief destroyer with four for 42, said the incident brought back memories of the dismissal of Mitchell Marsh in a one-day match a week ago.

Marsh was given not out on a caught and bowled appeal only for the decision to be overturned after a huge crowd uproar when a replay on the big screen showed the ball had not hit the ground as first thought.

"We were just hoping it did not come up on the big screen too quickly," Hazlewood said, with the Australians aware a mistake had been made with the Voges decision.

"The umpires made the decision and we can just go off that. That's what they're there for, to make those tough decisions and that's how it went."

New Zealand were disappointed but Mark Craig said there was nothing they could do about the ruling.

"That's cricket. Once his (the umpire's) arm goes out there's not much you can do about it. That's the way it goes," he said.

"There's obviously a bit of disappointment but we can't do much about it."

Craig top scored for New Zealand with an unbeaten 41 in an innings that only lasted 48 overs and folded within two sessions.

He also took the valuable wicket of Steve Smith caught and bowled for 71 after the Australian skipper had resurrected his side from a woeful start when they were two for five in the third over.

Craig had previously dropped Smith on 18.

Australia resume on Saturday with Usman Khawaja on 57 and Voges on seven.

Comments
Topics mentioned in this article
Adam Voges Australia Cricket Team New Zealand Cricket Team Doug Bracewell Cricket
Get the latest updates on ICC T20 Worldcup 2022, check out the Schedule and Live Score. Like us on Facebook or follow us on Twitter for more sports updates. You can also download the NDTV Cricket app for Android or iOS.