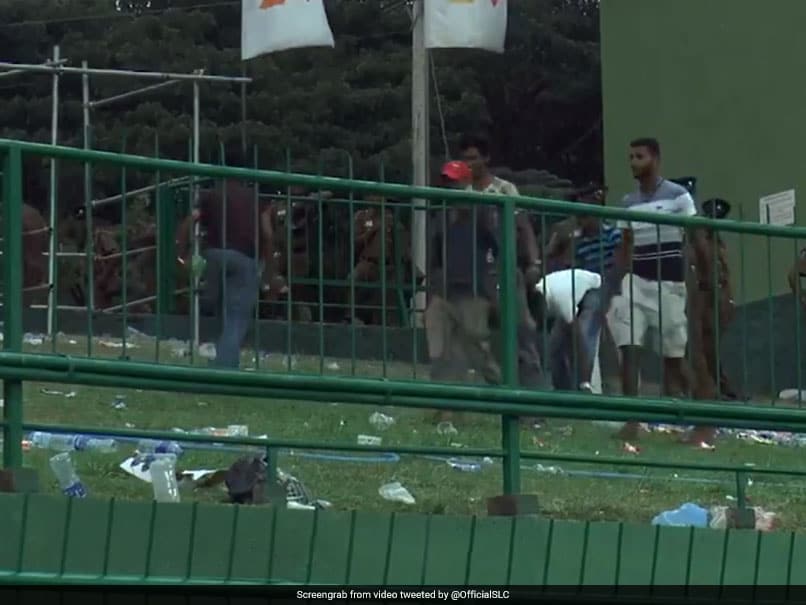 Sri Lanka lost the third One-day International (ODI) against South Africa at the Pallekele International Cricket Stadium on August 5 as the visitors took an unassailable 3-0 lead in the five-match ODI series. Despite the loss, the Sri Lankan cricket fans won hearts by staying back and cleaning the stadium after the match got over. Appreciating the effort put in by the fans, the official Twitter handle of Sri Lanka Cricket posted a video of fans cleaning the stadium.

This is not the first time this year that fans have stayed back to clean the stadium after a particular match.

In the recently-concluded FIFA World Cup 2018, the Japanese fans and players alike won hearts of the footballing fraternity.

Japan were knocked out of the tournament in the Round of 16 clash after Belgium scored a late stoppage time goal. Despite the heart-breaking loss, Japanese fans set a precedent for fans across the world by cleaning the stadium stands after the match.

Not only that, the players even cleaned their dressing room and left a 'Thank You' note written in Russian before leaving the country.

Japan was winning comfortably 0-2 against Belgium but ended up losing 3-2 with a 94-minute goal from Belgium. This is how they left their locker room. World champions, if you ask me. #WorldCup pic.twitter.com/fbai3oyIcf

In the 3rd ODI, South Africa's Reeza Hendricks scored a scintillating century on his ODI debut to set up his team's series-clinching 78-run victory. Hendricks made 102 off 89 deliveries to help South Africa post 363/7 and then bowl out the hosts for 285 in 45.2 overs.

Sri Lanka, who won the Test series 2-0 and lost the ODI series, will play for pride in the fourth ODI against South Africa August 8.

After the conclusion of the ODI series, Sri Lanka will host South Africa for a lone T20I match on August 14 at R Premadasa Stadium, Colombo.

South Africa Cricket Team Cricket
Get the latest updates on T20 World Cup, check out the T20 World Cup Schedule and Live Score . Like us on Facebook or follow us on Twitter for more sports updates. You can also download the NDTV Cricket app for Android or iOS.