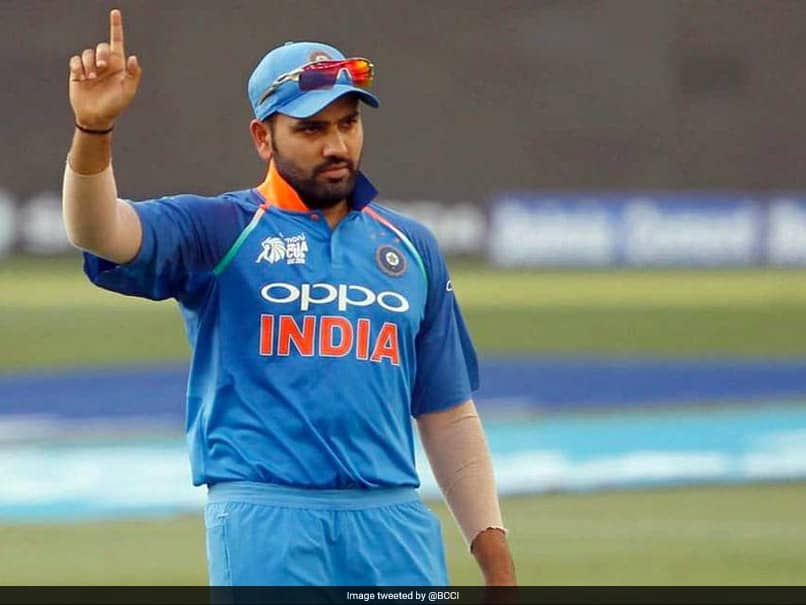 Rohit Sharma was involved in a controversy when his catch at slip during the Vijay Hazare Trophy semi-final between Mumbai and Hyderabad on Wednesday left even the TV umpire scratching his head. Rohit Sharma, who will resume national duty when the ODI series against the Windies from October 21, was positioned at first slip when a ball came dipping towards him. Although the catch seemed convincing to the naked eye, it was further referred to the third umpire to iron out any possibility of a wrong decision.

The incident occurred during the 19th over of the Hyderabad innings, when left-handed batsman Bavanaka Sandeep tried to cut a short delivery behind square, unfortunately edging it towards the slip cordon.

Sandeep was visibly upset soon after Sharma celebrated the dismissal. It was later given out by the third umpire, who couldn't find any loophole despite examining the footage repeatedly. Sandeep walked back to the pavilion scoring 29 off 33 deliveries.

The second Vijay Hazare Trophy semi-final will be played between Delhi and Jharkhand on October 18. The summit showdown will take place on October 20.

Sharma had captained India in the absence of Virat Kohli during the recently concluded Asia Cup, which India won by beating Bangladesh in the final. His performances with the bat in the tournament have also been praiseworthy.

West Indies Cricket Team India vs West Indies 2018 Cricket
Get the latest updates on IPL 2020, check out the IPL Schedule for 2020 and Indian Premier League (IPL) Cricket live score . Like us on Facebook or follow us on Twitter for more sports updates. You can also download the NDTV Cricket app for Android or iOS.