Mohammad Shahzad hit eight sixes and six boundaries, setting the record for fastest fifty in the 10-over format. 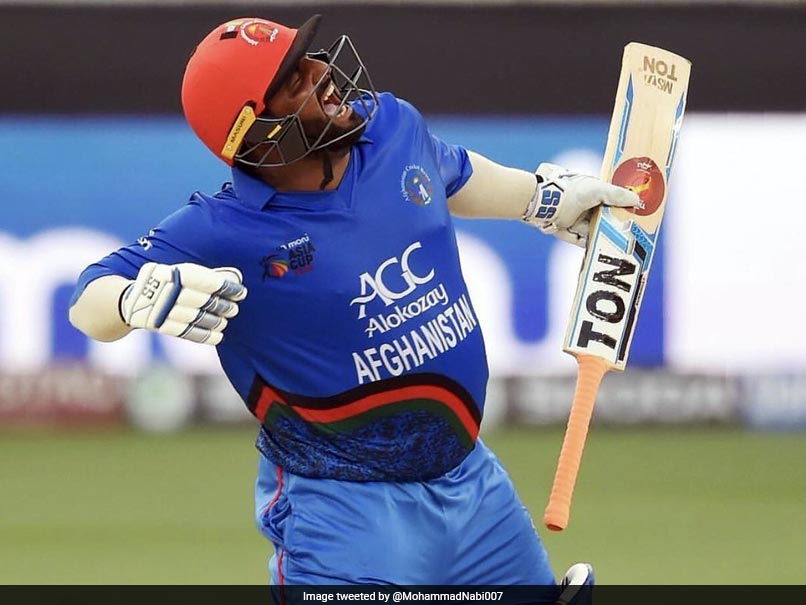 Mohammad Shahzad made T10 cricket history with a super destructive innings of 74 off just 16 deliveries.© Twitter

The second season of the T10 League got off to a sensational start in the United Arab Emirates (UAE) on Wednesday as Afghanistan's Mohammad Shahzad made T10 cricket history with a super destructive innings of 74 off just 16 deliveries. Shahzad hit eight sixes and six boundaries, setting the record for fastest fifty in the 10-over format, taking his side Rajputs to a 10-wicket victory against the Sindhis with six overs to spare in Sharjah.

Chasing 95 to win, the Afghanistan wicket-keeper opened the innings with captain Brendon McCullum and single-handedly decimated the Sindhis' bowling attack.

Mohammad Nawaz, Jofra Archer, Thisara Perera and Fawad Ahmed all bowled one over each and went for more than 20 runs.

McCullum, who stitched together an opening stand of 96 runs with Shahzad, scored 21 off just 8 deliveries, was a silent spectator to Shahzad's brilliance on the other end.

The Man of the Moment, Mohammad Shahzad shares his thoughts on a day where he was at his destructive best and find out what was the secret to his success tonight? #T10League pic.twitter.com/KcvsrIEuKh

Batting first, Shane Watson's Sindhis posted a challenging 94/6 in 10 overs with the help of 20-ball 42 from the skipper. While the Sindhis could easily have piled up a lot more runs on board, none of their batsmen except Watson, managed to reach double-figure mark.

Munaf Patel, who last played in the 2017 IPL and hasn't played competitive cricket since then, was the best bowler for the Rajputs as he took 20/3 in his two overs.

While everyone was expecting it to be a tight chase, Shahzad made it a one-sided affair with an incredible inning, that will go down as one of the best-ever knocks by the Afghan opener.

Afghanistan Mohammad Shahzad Cricket
Get the latest updates on India vs Australia and check out  Schedule, Results and Live Score. Like us on Facebook or follow us on Twitter for more sports updates. You can also download the NDTV Cricket app for Android or iOS.