The domestic season is expected to start in August but with the coronavirus cases rising rapidly in the country, the BCCI has so far adopted a wait and watch policy on resumption of activities. 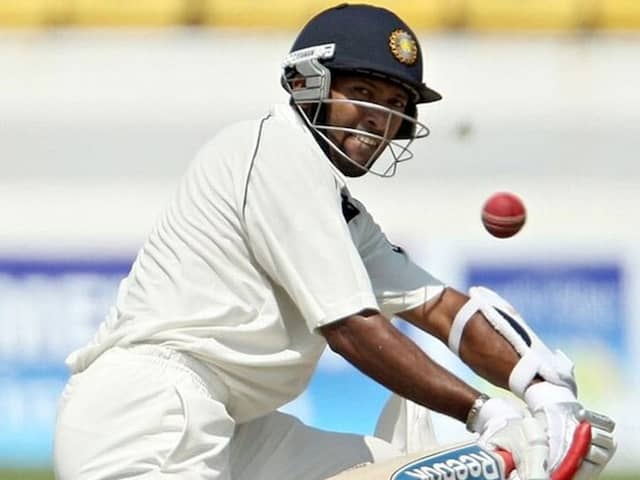 Wasim Jaffer wants a rejigged domestic season to ensure that the players get enough breaks.© AFP

Former India opener and domestic stalwart Wasim Jaffer feels Vijay Hazare, Duleep and Deodhar Trophy should be scrapped this season in the wake of the COVID-19 pandemic and instead, that time should be used to conduct a full-fledged Ranji Trophy and Syed Mushtaq Ali T20 competition. Jaffer wants a rejigged domestic season to ensure that the players get enough breaks and are not rushed into tournaments. The domestic season is expected to start in August but with the coronavirus cases rising rapidly in the country, the BCCI has so far adopted a wait and watch policy on resumption of activities. "As and when the season commences, whenever cricket starts, the priority is to have the IPL first. The BCCI can look to start with the IPL as the first tournament," Jaffer told PTI on Monday in a free-wheeling chat.

The BCCI has zeroed in on a September-October window for the IPL but that that is subject to the fate of Asia Cup and T20 World Cup, which are scheduled in the same window.

"Once the IPL finishes, the BCCI can look to start the domestic season with the Irani Trophy (Cup) as Saurashtra deserves to play it as they are first-time champions.

"Then we can start the Ranji Trophy. And before the (IPL) auction, as and when BCCI keeps the auction for next year's IPL, we should have the Syed Mushtaq Ali trophy and scrap the Vijay Hazare, Duleep Trophy and Deodhar Trophy and use that period to hold these major two tournaments with the adequate breaks for players," added Jaffer.

He reasoned that the change will ensure that players will have enough time to prepare.

"...rather than rushing all tournaments and players not getting sufficient rest or changing the formats. That is the only thing I feel, use those two months of Vijay Hazare and Duleep trophy. Have sufficient breaks and hold these tournaments only, which are more premium tournaments," he maintained.

"And it probably goes into junior level also, try and scrap the ODI tournaments in U-23 or U-19, so that I feel the players will get sufficient breaks and they can look forward to these tournaments," explained the highest run-getter in Ranji Trophy.

Jaffer also stressed on the need for making the road to Ranji Trophy quarter-finals tougher.

"And one more thing is having Ranji trophy with teams split into groups with nine teams each in A, B and C and three teams qualifying into knockouts from. Three teams from A group, three from B group of elite teams and you can have two teams qualify from the C group, so that makes it eight teams and have the quarter-final among those teams.

"The D Group (Plate), they should only get the incentive of topping the table to get the promotion into C group. I feel the top team from the D Group shouldn't be allowed to play the quarter-finals, as that makes the competition a little weak," said Jaffer, who announced his retirement in March.

In the last season of Ranji Trophy, five teams from combined A and B Groups made it to the quarters, while two teams from Group C and one from Plate Group made the last eight.