Former India batsman Wasim Jaffer stepped down from the post of Uttarakhand head coach citing too much "interference and bias of selectors and secretary in the selection matters for non-deserving players." 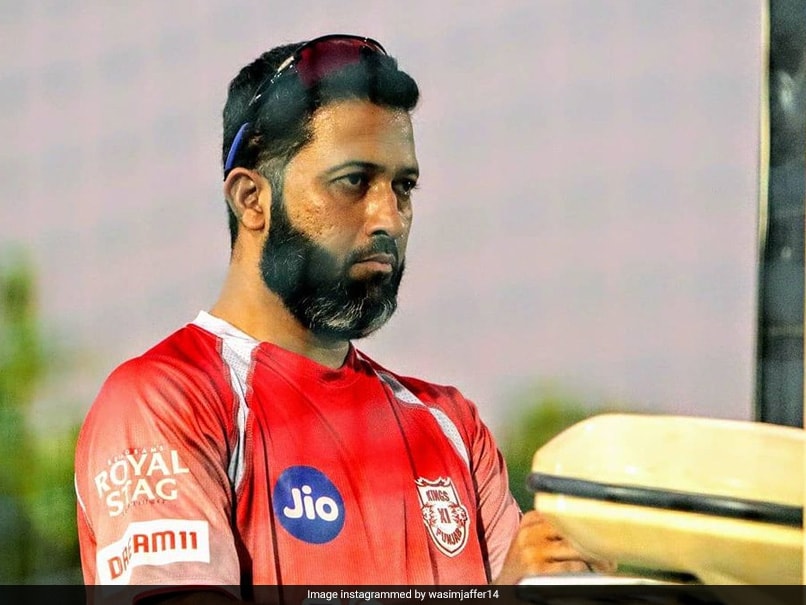 Wasim Jaffer resigned from his position of Uttarakhand head coach due to interference in team selection.© Wasim Jaffer/Instagram

Former India opener Wasim Jaffer has resigned as Uttarakhand's head coach due to "interference in team selection", days before they were to compete in the Vijay Hazare Trophy, beginning on February 20. Cricket Association of Uttarakhand (CAU) has accepted his resignation. "I feel really sad for the players as I genuinely think that they have lots of potential and can learn so much from me but are denied this opportunity because of so much interference and bias of selectors and secretary in the selection matters for non-deserving players," Jaffer wrote in an e-mail to the association.

Cricket Association of Uttarakhand's secretary Mahim Verma rejected Jaffer's claims and said he was given everything he had asked for since being appointed as the state team's coach.

"We gave him whatever he asked for, had a pre-season camp for a month, let him choose his outstation players, trainer and bowling coach but his interference in selection matters was getting too much," Verma told PTI.

Jaffer's employers were also not happy with the team's performance in the Syed Mushtaq Ali Trophy T20 competition.

"After the result in Mushtaq Ali did not meet our expectations, the selectors wanted to try out a few other players but he kept insisting on picking his own team which is not right as selectors are there, too, to do their job," Verma added.

Jaffer, a domestic heavyweight from Mumbai and who has represented India in Tests, was appointed to the position last March after he had announced his retirement from all forms of the game.

In his resignation letter, the 42-year-old Jaffer wrote, "It's with great sadness that I'm writing this email to inform you all that I would be resigning from the post of head coach of senior CAU team with immediate effect.

"If the honorary secretary of CAU would want to inculcate such kind of work environment while not letting me take certain decisions pertaining to the team's welfare and performance... then I don't think there's any valid reason for me to continue as head coach of men's senior team of CAU."

Since taking over over as coach, Jaffer also picked his own support staff.

Uttarakhand, however, failed to impress in the Syed Mushtaq Ali tournament, winning just one game out of the five they have played.

Comments
Topics mentioned in this article
Wasim Jaffer Cricket
Get the latest updates on IPL Auction 2023 and check out  IPL 2023 and Live Cricket Score. Like us on Facebook or follow us on Twitter for more sports updates. You can also download the NDTV Cricket app for Android or iOS.