Virender Sehwag tweeted a picture of a scene from the iconic 'Ramayan' TV show that is being aired on Doordarshan amid the nationwide lockdown. 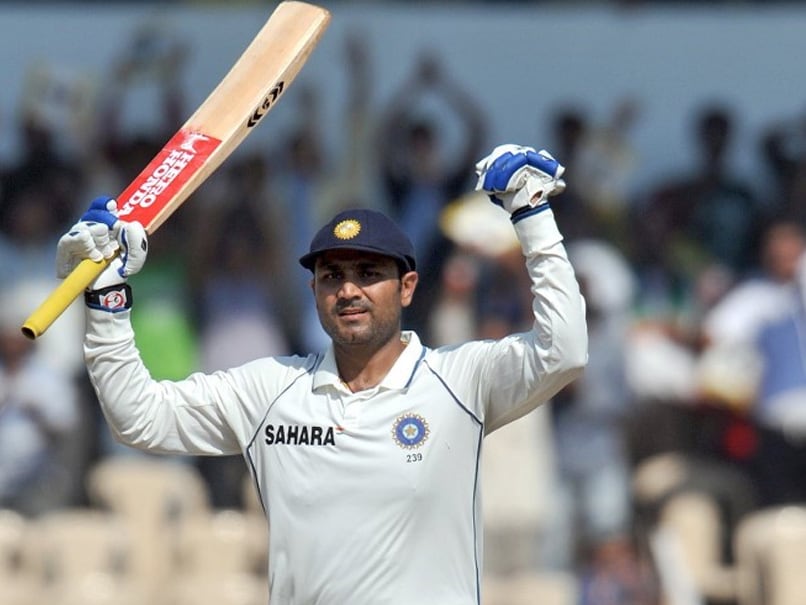 Virender Sehwag was one of India's most prolific openers.© AFP

Former India opener Virender Sehwag took to Twitter to reveal the inspiration behind his batting. But if you are thinking the swashbuckling batsman was referring to Sunil Gavaskar or Viv Richards or any other batting great, you would be mistaken. Sehwag tweeted a photo of a scene from the iconic 'Ramayan' TV show, a rerun of which is now being shown on Doordarshan, and wrote, "So here is where i took my batting inspiration from." The photo is a scene from Ravan's court, where Angad - the son of Bali and a member of the Vanara sena - is standing strong as one of Ravan's generals tries to move his feet as part of a challenge.

So here is where i took my batting inspiration from :)

The scene takes place when Ram, as a last resort before his war with Ravan's army, sends Angad as his messenger with a peace offering. Angad tells Ravan that Ram will peacefully leave Lanka if he returns Sita unharmed and apologises to him.

But Ravan scoffs at his offer and insults Ram. Angad then places his foot in the middle of the courtroom and says that if one of Ravan's warriors can move his foot, he would, on behalf of Ram, take the entire army back from Lanka.

But none of the warriors who try, including Ravan's most powerful son Indrajit, manage to move his foot.

Doordarshan is airing reruns of popular shows like 'Ramayan' and 'Mahabharat' amid the nationwide lockdown imposed to fight the spread of the novel coronavirus.